Share All sharing options for: Matchbox's Chef On the Miniburger-Making Process

If D.C. has a signature slider (or miniburger, for those who are picky about the term), it has to be those from Matchbox, the pizza chain which started in Chinatown ten years ago, and has now grown to several locations in both D.C. and the surrounding suburbs.

"The miniburgers put Matchbox on the map," says Jeff Richardson, executive chef of the chain's Logan Circle location. Richardson, who has also worked in the restaurant group's Capitol Hill, Chinatown and Rockville kitchens, says the recipe has always remained the same since the owners sat down in a New Jersey White Castle and talked about how cool it would be to recreate that experience using finer products like Angus beef.

Matchbox has embraced the menu item's popularity — waiters and waitresses are seen running around in shirts that read "3.6.9" for the different number of slider orders available. Why are they so popular. "I think it's just the simplicity of it," Richardson says. 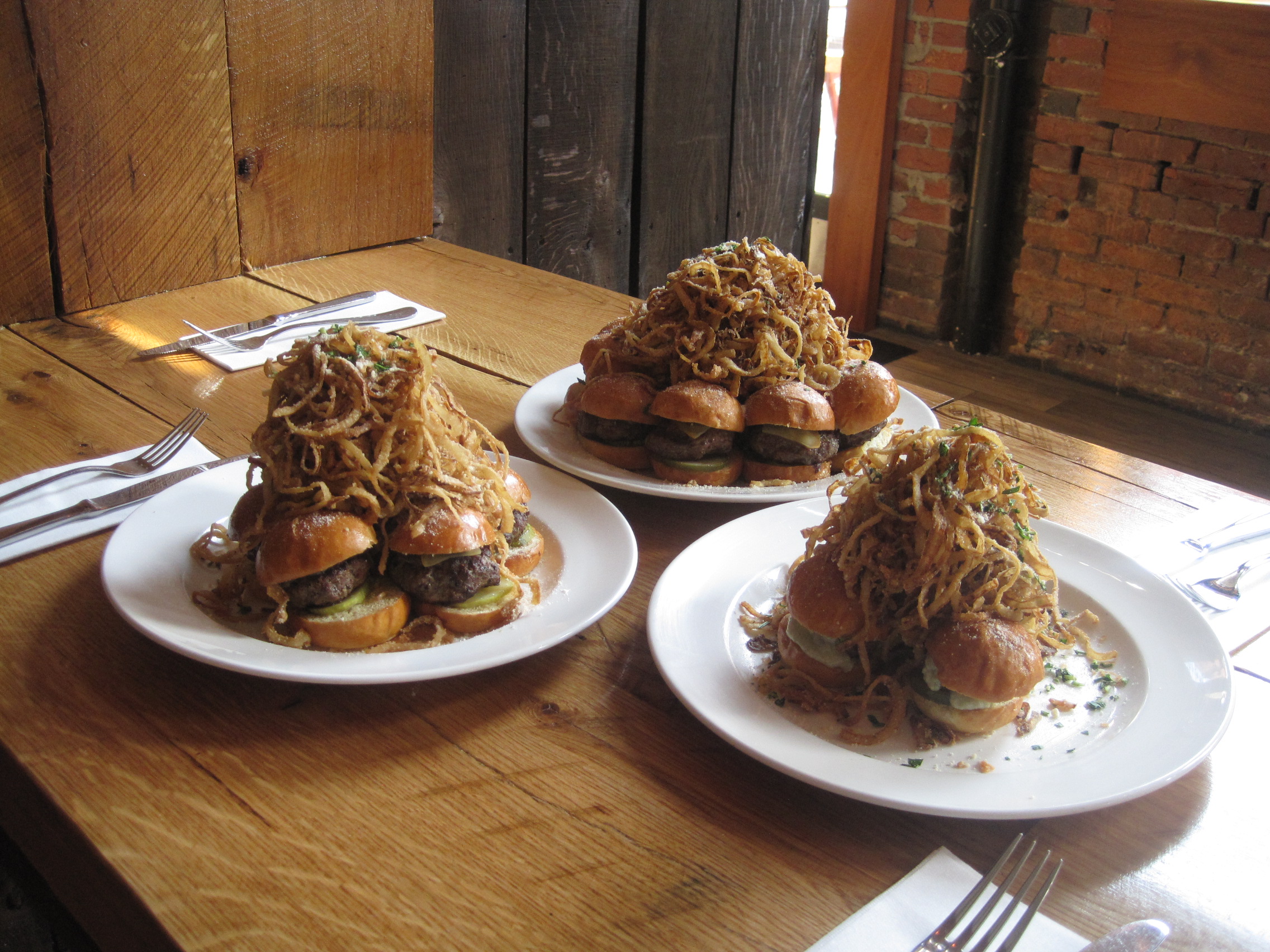 The miniburgers' components include a buttery brioche bun (they're delivered in the mornings daily), grated pecorino cheese, and 80/20 ground beef, a choice of cheese, a pickle and crispy onion straws. Anywhere from 500 to 800 miniburgers are sold on a typical night at the 14th Street location, he said. Gorgonzola is the most popular cheese choice.

To make the miniburgers, Matchbox's cooks prep them into 2 oz portions, packing them tightly together. They season the grill with salt and pepper, and toast a 1/2 oz brioche bun on the flat top with clarified butter. The onion straws are made with a mixture of rice and semolina flour. The burgers are topped with either gorgonzola, mozzarella or gouda (the restaurant also keeps cheddar on hand in case a customer insists). Once the cheese goes on the bun, more romano cheese is added, as well as the onion straws, which have been tossed with salt, pepper, parsley and more pecorino romano.

Richardson isn't sure the most miniburgers one table has eaten in a sitting — he recently served 100 miniburgers to a private party on the upstairs floor of the restaurant. In his first two years with the company, Richardson ate a lot of miniburgers — now, they're a special occasion treat for him.
· All Previous Matchbox Coverage
· All Previous Burger Week 2013 Coverage