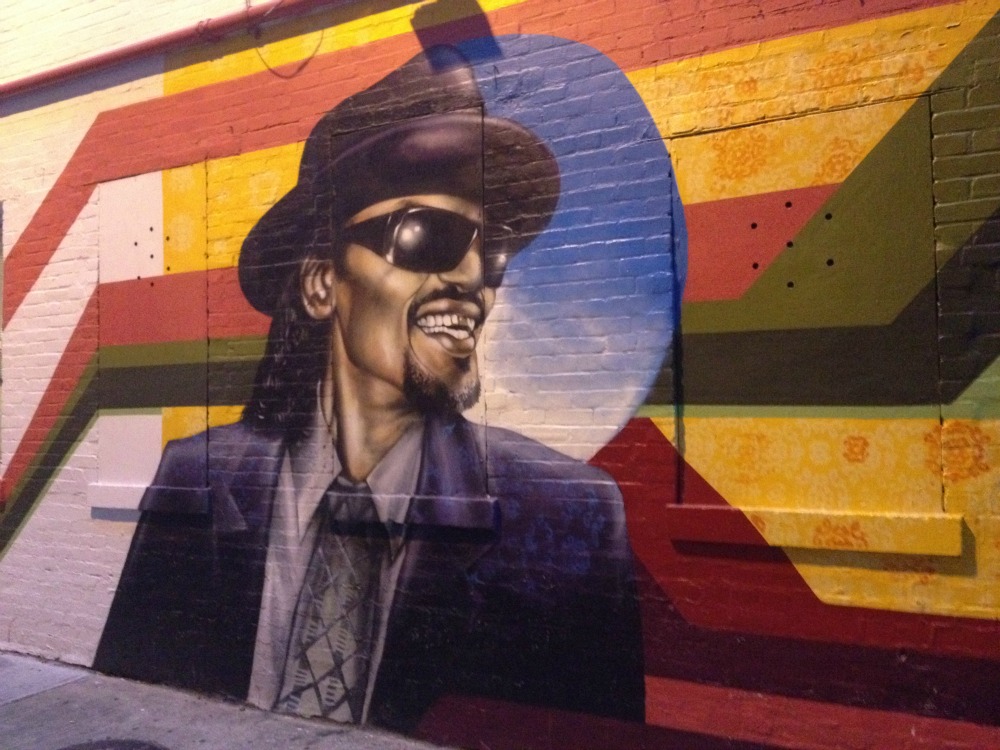 CHUCK BROWN — The Godfather of Go-Go, a pioneer in D.C. music, died a year ago yesterday. Here's a map of all of the spots in D.C. that have memorialized him either by adding his name to the location or by painting him onto the walls.

BALTIMORE RAVENS — This over-the-top mansion outside of Baltimore includes lots of intricate looking furniture, a dual Von Trapp looking staircase and a mini shrine to Baltimore Ravens' retired linebacker Ray Lewis near one of the three wet bars. Does this listing belong to a Ray Lewis superfan or Ray Lewis, himself?

STADIUM-ARMORY — The DC Rollergirls are having their final bout of the season tomorrow so we pitted two rentals against each other within close proximity of the Armory (where they compete) on this week's Real Estate Death Match. As of this post, the studio apartment closer to the Armory is way ahead.

CAPITOL HILL — Lots of people install stereo systems in their homes but this Hill resident appears to have custom fitted a car stereo into a control room on his roof deck along with some subwoofers.

WASHINGTON NATIONAL CATHEDRAL — Partners in Preservation and American Express gave out $1 million in grants amongst 24 local landmarks. Washington National Cathedral had the most votes in their online poll and as such received $100K to repair the damage to the infrastructure caused by 2011's earthquake.

ATLAS DISTRICT — The fun photo slider has returned as we look at the difference between an H Street NE storefront in 1919 and today. Spoiler alert: candy gives way to wine and liquor.