Welcome back to Odd Jobs, a feature in which Eater sits down to chat with those individuals who have some of the more unusual jobs in the food and restaurant industries. 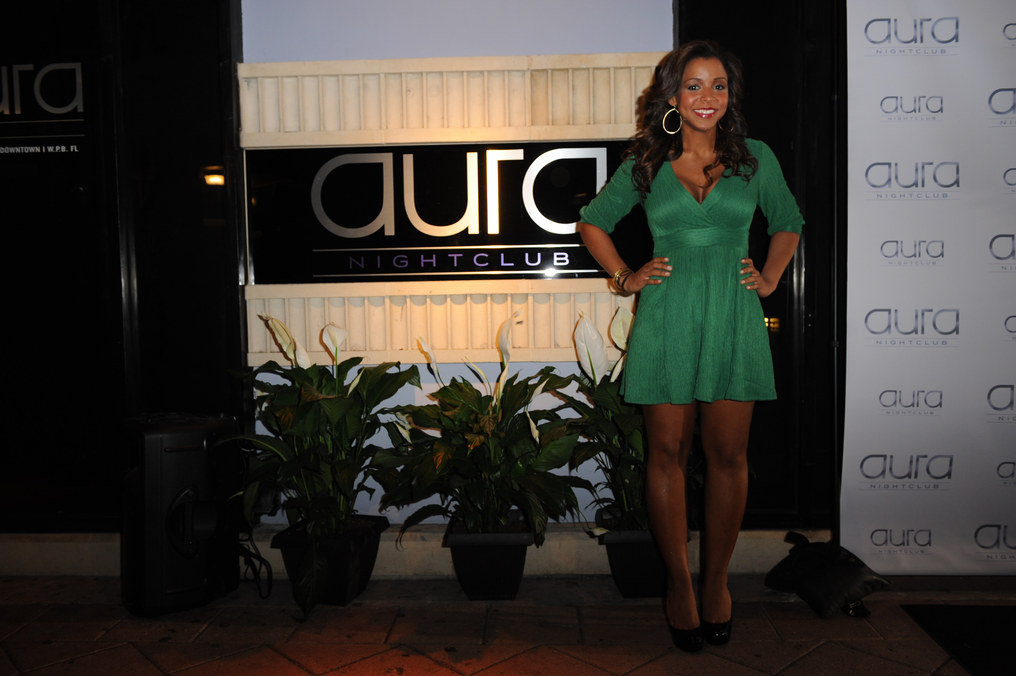 Jessie Barnes grew up in bars and clubs. Mind you, she wasn't sneaking in to party or get her first taste of alcohol. Her father Marc Barnes, owner of Love and The Park on 14th, was once known as the king of D.C's clubs. His daughter became a fixture at these hotspots, working and learning the ropes so she could excel in her family business.

That insider knowledge and experience led to her role on the Spike TV show "Bar Rescue." The makeover program takes failing bars and uses industry experts to turn them around. Barnes was hired on as the service expert. She's been featured in a handful of episodes, and the third season begins airing next month.

When exactly did you start working in nightlife?
I started working with my parents as soon as I could. So whether it was coat check, busing tables, or working in the kitchen learning to [expodite], I began learning early. I think I was 8. My parents never sheltered me from the nightlife. And because of that I think it became much more business-oriented for me. I saw the bad side, but then I saw the good side. Since I know it so well and it is such a fun business, I learned to love working in nightlife.

How did the show come about?
They were filming in Silver Spring, the episode about Piratz Tavern — one of the highest rated episodes ever — and they needed someone to train the pirates on service. So they reached out to me, because they knew of The Park. Jon Taffer is the president of the Nightclub & Bar Convention. They do things like rate nightclubs. They have lists that come out like highest grossing nightclubs. So The Park ranked very high on that list, especially for a D.C. club, which made them reach out to us. And it went from there. We did one episode. A great relationship developed and I've done a bunch more episodes since then.

When they called you up at The Park, what were you doing?
Mostly hands-on managing and front of the house. And I still do that but I'm also working on the brand as a whole — expanding, evolving it. I also do some consulting in the DC area. At the end of the day, each new place you go into – whether it's great or terrible – you learn so much and you can bring back that knowledge.

So what's it been like for you being on "Bar Rescue?"
A lot of fun. Every single bar is so different. Sometimes you go in and the people don't want to to change. The first episode I did in Silver Spring at Piratz, it was almost a slap in the face. We felt like, "Didn't they even care?" We were there to help them. And we really did a good job. Yet they turned it back into a pirate bar right after we left. I talked to Jon about that one and he says he can barely watch it because they were so rude and ungrateful. It was a bit upsetting. The most recent one I did in North Carolina, on the other hand, the girls were great, very sweet. The guy who opened the bar has another business and just wanted to open a nightclub. I think that's what happens a lot. People think it's just fun and easy to open a bar, which is the farthest thing from the truth. I think it's one of the hardest types of businesses to open and run. It takes a lot of work and if you're not personally invested in it or you don't know what you're doing it's really hard.

What's been the worst bar you've helped to turn around?
There was one in Austin. It was recently aired. That (HeadHunters Club) was the most disgusting bar I've ever seen in my life. We were filming and there were literally cockroaches at my feet. That was not so much fun. But the renovation was great, and we set them up for success. The owner was just terrible. I'm not really sure how that one will turn out. The staff was great though. A lot of times the staff will be great, but if the owner's not on board then it's very hard to get everyone going in the same direction.

For each episode, how much time do you have to put in?
Anywhere between one and two weeks. It's long filming hours, 12 to 16 hour days. But we have to turn it around very quickly. With the renovations they usually do it in 24 hours and work straight through the night. It's crazy. A lot of these renovations would normally take four months in real life, but they're turning it around in a fraction of that time.

What does the audience not get to see?
We film for hours and hours and then cut it down to a one hour show. I think a lot of the training that gets done on the show. It's shown quickly but we go over and over and over it.
There's also a lot of effort behind the scenes that happens to make sure these places are successful. I think all of us who are involved in the show are very committed to making sure we don't just do this for TV. At the end of the day, these are people's livelihoods that we're talking about. It's not like walking in there and trying to make good TV.
People think reality show and they wonder if it's real. And a lot of the shows, they probably aren't. But this one's very real. There's not a lot we can fake about this. Trust me; there's enough conflict at these failing places that we don't have to fake anything.

Jon Taffer is a strong personality and a colorful character and he's portrayed on the show yelling quite a bit. What's he really like?
You know, I get asked about Jon all the time. The first thing I say is he's nothing compared to my Dad. Number two, Jon is — and maybe it's because of my family background — but when we're at work, we're at work. It's about getting things done. It's not about sugar coating things. He's not just yelling for the cameras. He's yelling to get a point across to move things forward and make them better. We only have a certain amount of days to turn a business around. There's no time to sugar coat. He has to let them know they messed up. It's not a joke.
People say, "He's so mean." And I'd rather, if I'm a failing business and $200,000 in debt, have someone come in and be mean and fix my business than come in and be nice and not do anything. That's what it comes down to.
Working with him, though, is great. He also has a ton of experience. He has literally been in this business for 50 years, so he has a story for everything. He has run everything from super high-end nightclubs to corporate chains like Rainforest Café. You don't necessarily see him as being a corporate guy, but some of those chains have the formula so down. I learn so much. And honestly he's a really nice guy off camera, really intelligent and super genuine.

Are there ever bars incapable of being rescued?
We have yet to come across one, let me put it that way. The roach one was close – because they ended up having to debug the whole place and bring in exterminators. We couldn't go back in right away because it had to be aired out. There was power washing inside the building and the wood was rotting. It was so terrible. There were times when I thought "Can we quit this one." But we ended up getting through it.
So, no, no unrescuable bars yet. But we'll see.

There are updates at the end of the show, usually letting the audience know how the bar's doing a few weeks later. But do you check back longer term than that?
Yes. They check back usually around the 2 month two point. With Tracy from the pirate bar, Jon has no interest in keeping up with her. But we keep in touch with most everyone else. Sometimes I'll get emails from the girls I've trained asking certain questions — we ran into this problem or that, can you suggest something. I always leave my contact information, and often I'll become friends with people I train.

Do people recognize you now from the show?
They'll stare and then sometimes they'll say something. It's usually the day after the show airs. It's a little embarrassing, but they're nice about it.

You're in some of the episodes, but not all since the producers switch off which experts to bring in each time. How far in advance do they tell you they want you to be in an episode?
Sometimes it's a few weeks before, sometimes a month. It depends. The original format was a bartender, a mixologist, and a chef. And I was the first time they brought in a service expert. Since then, they've brought in DJs and other experts. It all is based on the venue and what they need. They brought in a security expert one time, a karaoke expert. I'll be asked to come in if it's a nightclub where they're more focused on service.

Do you go in cold, or are you told anything about the bar in advance?
We pretty much go in cold. I think they like the reactions. I don't like to be prepped for it necessarily. The training is going to be similar, tailored to the place a little obviously, but the basics are across the board. I kind of get there and I don't get to go into the place until it's on camera. So when you see us going in the first time it really is the first time we get to see it. When we're outside sitting and watching the recon we're really sitting outside watching and waiting. It's pretty much real time.

New episodes air next month. What can viewers expect?
The cool part is I get to hear about the episodes I'm not in. I can't give away too much, but it's going to be good. I don't know if the renovation budget has gotten bigger or they've gotten more creative but the renovations are much more drastic, a much bigger contrast. Now they really have it down, and that renovation is getting faster and faster, so they're getting more creative.
One they took this really janky bar and by the end you felt like you were in Vegas. But we were in Raleigh.

Any D.C. area bars that are going to be rescued?
We have the next 25 identified and none are in D.C. But you never know. Maybe down the line. I can imagine some bars that need rescuing?But I won't name names.
—Dena Levitz
· All Previous Editions of Odd Jobs [-EDC-]