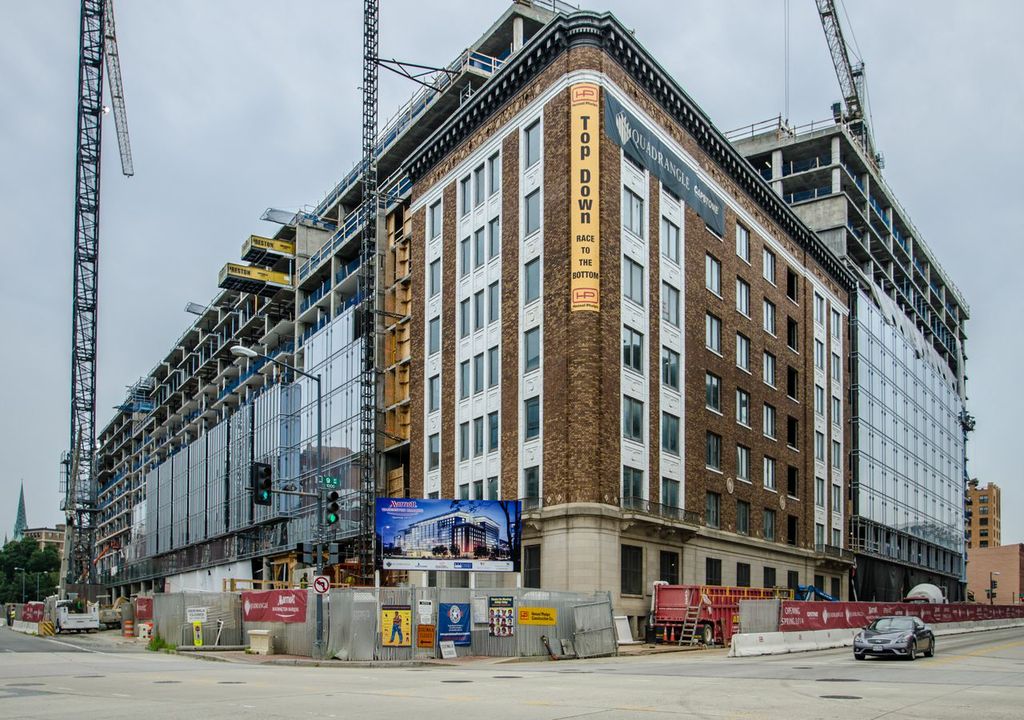 [Photo of the Marriott Marquis by Gerry Suchy]

CURBED MAPS — Does it seem like the entirety of D.C. is under construction? It certainly must seem that way for residents of Shaw, Mt. Vernon Square and NoMa. We've mapped all the construction sites we could find in those neighborhoods.

THEATRE — Capital Fringe Festival started last night and we've figured out which local neighborhoods provide the setting for some of this year's productions. There are five!

BETHESDA — Former Treasury Secretary Timothy Geithner's home which went under contract back in March, has officially sold for its asking price of $995K. We talk to a local agent about whether the buyer got a good deal.

ADAMS MORGAN VS. COLUMBIA HEIGHTS — Real Estate Death Match is back with a very competitive contest between two similarly priced two bedroom condos. Which one is your favorite?

DUPONT CIRCLE — Hearts sank citywide when Metro ripped out the flowers at the Dupont metro station's north entrance citing embankment repairs. Oddly enough, the online support for letting the phantom planter continue to care for the now ripped up flowers lives on.

BLOOMINGDALE — Poor Bloomingdale residents lost power multiple times over the early part of the week. We checked Twitter to see how people were dealing with their bad (and dank and sweaty) luck.

NATIONAL MALL — Can you imagine the Lincoln Memorial as a pyramid? Or the Washington Monument with a statue at the top? Here are some early renderings of today's monuments and landmarks.

CAPITOL HILL — This condo used to be a turn-of-the-century church and you can still see some clerical evidence in the details of the living room and kitchen.