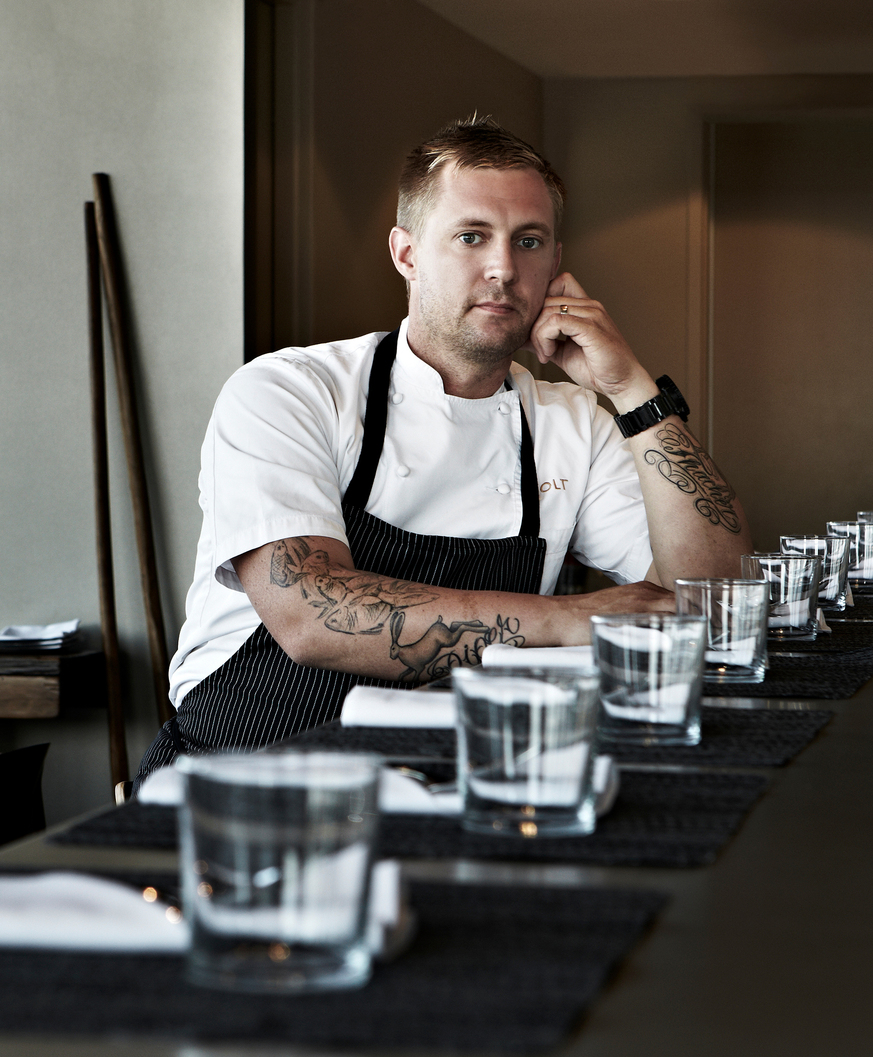 This special Greasy Spoons Week edition of One Year In focuses on Family Meal, Bryan Voltaggio's diner-esque project in Frederick. The Volt restaurateur made a splash with a more affordable, family-friendly dining destination when the spot opened its doors. In an interview, Voltaggio (whose wife was about to give birth when Eater spoke with him; they now have a new baby girl) speaks about the restaurant's past challenges and future plans.

So thinking back, what was the biggest challenge in getting Family Meal open?
The bigger challenges were on the construction side. It was a car dealership, used to be a showroom, built in the 1960s. For us to take it and actually turn it into a restaurant required a great deal of infrastructure. New plumbing, electric, the whole nine yards. Often a restaurant opens in a building that was an existing restaurant, and you just have to flip it. It was frustrating along the way. We had to add so many things. We spent a lot of money. But once we got it open, it's always exciting to open a new restaurant, and always challenging. It always comes with little headaches here and there, but I've done it enough now that it doesn't faze me at all. I expect them.

How similar do you think the restaurant turned out compared to your original vision for it?
I think for the most part it did. We had to put so many things into the ground and walls that we ran out of money for some things we wanted to do. For instance, the awning cover for the patio - we just installed that. But we continue to reinvest in the restaurant to accomplish what we set out to do. It just took a little longer to get the whole thing accomplished. We had to forgo a few finishing touches at first.

How much has the menu changed over the year?
The core menu — the structure of it hasn't changed much. Dishes change in and out so we remain seasonal. We're putting a stronger focus on breakfast. That meal period takes awhile to get going. That's one of the current challenges for us. I mean, I'll; be honest with you, I don't on a regular basis get up and go out to breakfast. We're trying to make breakfast more exciting. On weekends, it's great. During the week, you see [fewer and fewer] customers going out.

What menu items have customers really responded to?
We set out to create what we thought could be the best fried chicken in the Mid-Atlantic. I've never had a signature dish before at a restaurant. That is the signature dish for Family Meal, without a doubt. People would always ask me what my signature dish was, and I didn't have one at Volt. And at Range, there just so many things on the menu. But at Family Meal, goddammit, I found it. We're really proud of that. I'd say the milkshakes with booze are another one. That's always a fun thing because not every adult will have a milkshake, but put a little something in it, and it's refreshing, seasonal and fun. The deviled eggs and the pot pie fritters — have you had the pot pie fritters?

I actually haven't.
It's a snack food - you take every ingredient from a pot pie — a creamy chicken base, peas and carrots — and make it into a fried fritter. It's great.

Has the staff stayed pretty consistent? I know there was a chef change.
Yes, we had a chef change. Right now there isn't a chef de cuisine per se. Our sous chef Ryan Cauffman is definitely grasping the concept and starting to emerge. I'm paying a lot more attention to the restaurant. Not that I don't normally pay attention to it, but you know what I mean, when you don't have a chef de cuisine. I'm continuously training him so that at one point he can emerge as chef de cuisine. That's the goal. I like to promote from within. Service-wise a lot of cooks have been there since Day 1. I think that's pretty great. Even at Range there's a higher percentage of turnover. Sure, there are less restaurants in Frederick, less places to jump around. But we put out a great product, and people are proud and happy to work there. It's a great working environment.

What was the response to Family Meal like? Were you immediately slammed or was there a slower growth?
I'd say there was a strong response when it first opened. That lasted a month or two. The summer season is slower in Frederick. We weren't as successful as we could have been. Over the year, we've definitely gotten more exposure and I'm seeing a slight increase this year. It's still challenging. We're confident we'll see an increase for summer this year. We're feeling good where we are, but there's still a long way to go. Business-wise we can handle more now, so we're trying to stretch and use social media.

How did you feel about the critical response to the restaurant?
I think overall we were well-received by the professional critics. We had our Yelp reviews of course, any restaurant does. We strive to respond accordingly. I think we've done a good job communicating back to guests.

What was the biggest challenge overall for year 1?
Just getting more business. When we opened up we weren't as profitable. We were losing money the first few months. Part of that was due to some mismanagement — we cleaned that up and changed that. When you're a new restaurant you want to constantly reinvest and do great things. But growth is slower when the price point and check average is low, but you're still buying great products, the same ingredients that you'll find at Volt and Range. You're not sacrificing quality for a lower price point. You want it to be a place where families feel good about bringing their children here, a place where adults and even young professionals go out and can get a good value.

How has it been managing Family Meal with all your other concepts?
All the restaurants are different. I want to be in every single restaurant at every moment of every day. So it's about communicating with the team at each restaurant, creating a balance with the staff. They want to take ownership and feel like it's theirs. I don't want to walk away from it, but it also means I don't want to step on toes. So there are two sides. I want to be there and see everything happening on every plate. That's been the hardest part. I touched every single plate for four years. So it's hard to get over that. It drives my wife crazy. I'm always thinking of work, even when I try to separate it.

Any changes coming to Family Meal?
We're starting a hot dog cart. It's going to be awesome. [See related post]