Meet the Unsung Chefs (and Coffee Maven) of Maketto

Share All sharing options for: Meet the Unsung Chefs (and Coffee Maven) of Maketto

The upcoming Maketto Asian market and restaurant has gotten a lot of early attention, particularly due to the involvement of Toki Underground chef Erik Bruner-Yang. But what about some of the lesser-known faces behind the cuisine? Bruner-Yang's cooks are all getting some time in the kitchen due to the Maketto pop-up now running at Hanoi House. Eater caught up with them, along with the man behind the market's coffee offering, to find out how they got involved with the project and where future customers may have tasted their work before. Maketto is hoping to open up on H Street Northeast by year's end.

Name: James Wozniuk
Title: Chef de Cuisine
Two second resume: Time at Lyon Hall, Brabo and Marcel's
How he got involved: Wozniuk met Bruner-Yang when he first started Toki. "I kept trying to get a stage there but he kept turning me down," he said. The chef ended up pitching in to help during a few events, and when the Maketto opportunity came along, it made sense for the two to collaborate.
Fun fact: Wozniuk has made two trips to Asia to research cuisine for Maketto. 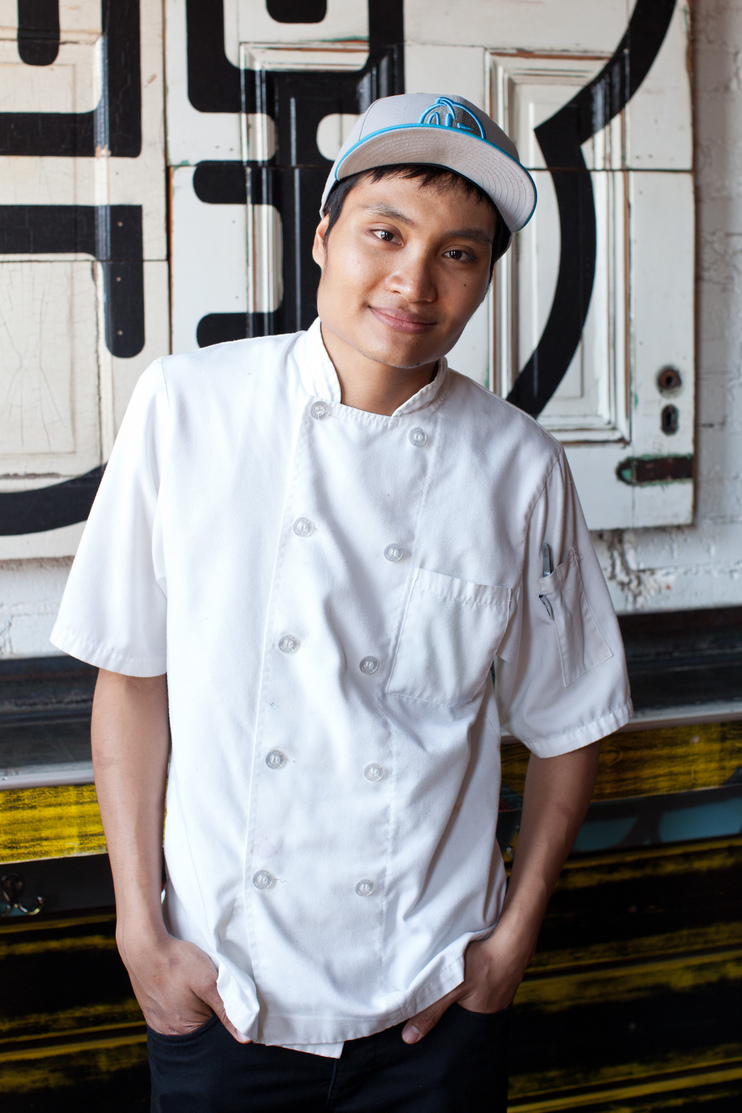 Name: Ansuron Plyraharn
Title: Sous chef
Two second resume: Suna, Bibiana, Cafe Assorti
How he got involved: Suna and now Minibar's Johnny Spero was the matchmaker between him and Bruner-Yang. Plyraharn got a gig at Toki Underground and then transitioned into a role at Maketto.
Fun facts: Plyraharn has a Thai background, so is trying to incorporate flavors from his childhood into such dishes as the X.O. sauce.

Name: Chris Vigilante
Title: Owner, Vigilante Coffee, which will make its permanent home at Maketto
Two second resume: Vigilante's career involved work in animal care, as well as some cubicle jobs, before he decided to leave it all behind to pursue the coffee thing. He began working in the industry in 2009 in Hawaii.
How he got involved: Vigliante met Bruner-Yang when he was working at H Street coffeehouse Sova. The coffee roaster began serving some of his own coffee there to try to gauge diner reaction, and some liked it just as much as the Intelligentsia coffee normally served there. When Toki Underground lost a valued staff member, Vigilante sent over some coffee as a sympathy gift. Bruner-Yang liked the coffee enough to propose Maketto as a home for the company.
Fun fact: Maketto wasn't an easy sell for Vigilante. He had to see the space and hear the vision before committing to the project. Vigilante's own mentor, Charles Nelson, owns cafes in Japan, so the Asian market idea was appealing in that sense as well.
More about Vigilante: At Maketto, Vigilante will roast its beans on site, offer classes and have a syphon bar. There will also be quick coffee to go for those in a hurry who don't want to be "as geeky" about their coffee, he said.
Try the coffee early: Beyond other locations around town, Vigilante's cold brew is being served at the Hanoi House pop-up.

The chefs have been collaborating on such menu items as pork skewers with sticky rice, papaya salad and sour soup for the Maketto pop-up. Not every dish will make its way to Maketto, explains Wozniuk. "We're getting people's feedback, seeing what works," he said. The Maketto pop-up is slated to run for three months at Hanoi House (they are only accepting parties of four or less due to the space layout), and Maketto itself could open in either fall or winter of 2013 — but the goal is by year's end.
· All Previous Maketto Coverage [-EDC-]