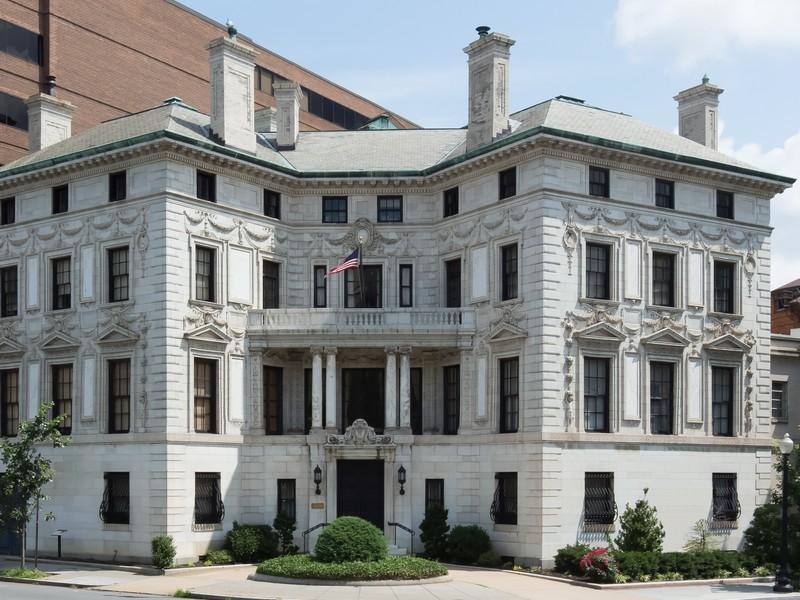 DUPONT CIRCLE — The Washington Club cannot maintain the Patterson Mansion at 15 Dupont Circle anymore and put it on the market for $26 million. Then again, the home has quite a history.

EXPENSIVE HOMES — Unsurprisingly, that home is the most expensive one on the market in D.C. but of the top ten, another two are also in Dupont. See which other neighborhoods have these expensive houses.

BUZZARD POINT — If the D.C. Council approves this deal, the city will swap the Reeves Center on 14th Street for some land at Buzzard Point so as to build a new 20,000 stadium for D.C. United.

FAIRFAX — At least this group house in Fairfax was not only up front about the fact that they host band practices but they name checked the band so future housemates will know whether they'll actually enjoy the sounds that they'd be hearing regularly.

LOGAN CIRCLE — The Studio Theatre is currently one of the more active sites hosting theatrical performances but in the 1920s it showed off something very different. It was a car showroom for the Trew Motor Company.

PARKSIDE — We have some photos from last week's ribbon cutting at Metrotowns at Parkside, the community envisioned by Washington Capitals and Wizards owner, the late Abe Pollin.

NAVY YARD — Should the area around the Nationals' Stadium go by Navy Yard or Capitol Riverfront? Our poll seems to indicate the former.

DUPONT CIRCLE VS. TAKOMA — This poll however, is significantly closer. This week's Real Estate Death Match has a battle on the Red Line and the Dupont condo's lead is not at all decisive.

RENT OR BUY — With the help of Streeteasy we ran the numbers on some one bedroom and two bedroom condos to see if it made more sense to rent or buy.