Four Beer Cocktails for DC Beer Week and Beyond

Share All sharing options for: Four Beer Cocktails for DC Beer Week and Beyond

Those who fear that mixing brew with liquor is a gross bastardization, well, fear not. There are mixed drinks out there that use beer as the perfect base and only elevate it with the addition of a few ingredients. And since it is DC Beer Week, it's a perfect time to experiment with a few local beer cocktail creations. The options range from the refreshing at Dupont's Glen's Garden Market to the esoteric at one of the city's hottest eateries, Toki Underground.

And for those who want to learn to make their own beer-inspired creations, Jack Rose is hosting a beer mixology event this Saturday where beer lovers can judge how well the beer and spirits mesh in the alcoholic creations. It's taking what's already good and making it even better. 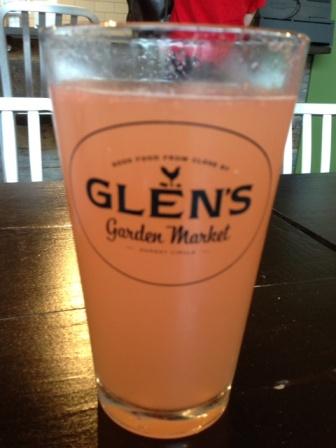 The drink: Watermelon Muddle
The spot: Glen's Garden Market
The cost: $5.50
The deets: The seasonal drink is pure summer. With tangy watermelon juice mixed with ice cold wheat Port City Optimal Wit, the drink goes down smooth, and grabbing another is a must. Plus, since this is an uber-local grocer, run a few errands (need any kale chips?), grab a fully roasted chicken for $9 or a bulgogi hoagie for $10, and chow down right at the bar.

The drink: Japanese Rhubarb
The spot: Toki Underground
The cost: $10
The deets: Diners would expect a Hefeweizen to pop up at the beer gardens on H Street but not necessarily at the ramen destination on H Street. Chef Erik Bruner-Yang's mixologist Colin Sugalski has created the Japanese Rhubarb using Coedo Shiro beer from Japan, bitters, and a spiced syrup to wash down the Taipei Curry Chicken Ramen. (And yes, the only way to order it is with extra noodles.)

The drink: Beermosa
The spot: Cafe Saint Ex
The cost: $8
The deets: Feeling hungover from hitting up DC Beer Week's events? The hair of the dog is in order. No need to mix the Leinenkugel's Sunset Wheat with anything else but orange juice - because sometimes bubbles do not help a headache.

The drink: Mustachio
The spot: Kapnos
The cost: $12
The deets: Former Top Chef-er and current entrepreneur Mike Isabella may have a new Greek eatery, but he delivers with a Peruvian-inspired cocktail. Made with in-house made ginger beer, Pisco Porton, Luxardo Marachino, lime, and bitters, the Mustachio pairs well with any Kapnos dish, especially the roasted duck phyllo pie.
· All Previous DC Beer Week Coverage [-EDC-]