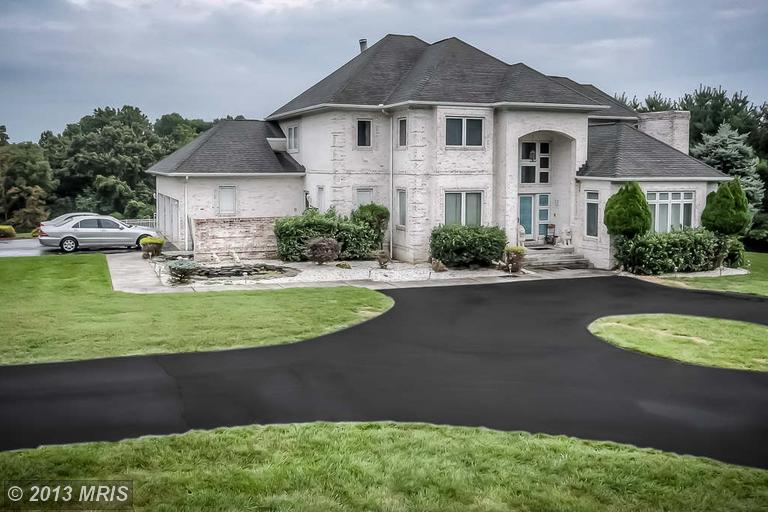 BALTIMORE COUNTY — Super Bowl MVP and recently retired Baltimore Ravens linebacker Ray Lewis just put his house on the market for $1.1 million and it has all of the Ravens paraphernalia you would expect down to a room filled with game balls. Also in the house (shown above), there's an aquarium in the living room wall.

BETHESDA — The most expensive listing in Bethesda is a nearly $10 million house belonging to Lyn Rales. Rales is the ex-wife of venture capitalist, billionaire and Glenstone Museum founder Mitchell Rales and we've previously marveled at her abode and its indoor tennis court.

DUPONT CIRCLE — WMATA had the whole city thinking that they hated fun, sunshine, smiles, happiness, etc. when they ripped out the flowers planted at the Dupont Circle metro stop by the Phantom Planter, Henry Docter. Well, they had a meeting addressing Docter and the community this week where they pledged to plant new flowers. Only problem? Docter wasn't there. He's in Africa buying new flower seeds.

CURBED YOUNG GUNS — Curbed has revealed its inaugural class of Curbed Young Guns and one of the brightest young stars in real estate, architecture and design lives right here in D.C. Congratulations to Fundrise's Daniel Miller!

WHITE HOUSE — Call it a kept campaign promise: the Obamas are installing solar panels on the White House this week.

MT PLEASANT — Former mayoral candidate and rapper Carlos Allen finally sold his Mt. Pleasant home. We're still confused as to how either of those accomplishments made him feel entitled enough to crash a White House party with the Salahis so we checked the home for any indications.

ADAMS MORGAN — For a cool $3 million, you can live in this penthouse with a wrap-around balcony and a private elevator.

CAPITOL HILL — One of the cemeteries on last week's map, Congressional Cemetery, had some unusual visitors this past week: goats! We snapped some photos of the furry visitors as they munched on the invasive plant life that had overrun the cemetery.

DUPONT CIRCLE VS LINCOLN PARK — It's a pretty close match in this week's battle of relatively affordable one bedroom condos. Vote for your favorite!