Share All sharing options for: BET CEO Sells Her Home; Cathedral Gets Vandalized 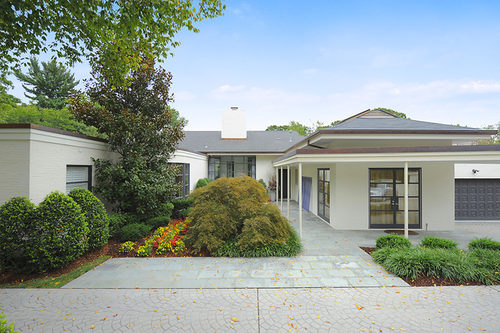 WOODLEY PARK — BET CEO Debra Lee has sold her home for $4.7 million. The home has some history: a former Washington Redskins owner commissioned the Kennedy Center architect to design it back in 1939.

STADIUM-ARMORY — Although RFK Stadium has a lot of nostalgia associated with it, it's also a dinosaur of a venue and we hope a new D.C. United Stadium at Buzzard Point means saying goodbye to a handful of its less than desirable features.

MCLEAN GARDENS — The vandal that splattered green paint onto the Lincoln Memorial has been apprehended and charged but not before she also did some damage to the Washington National Cathedral. They suspect that restoring the affected chapels will cost roughly $15K.

CURBED YOUNG GUNS — One of the semifinalists for our competition highlighting the brightest young stars in architecture and design is Allison C. Cooke the designer at CORE who is responsible for the ambience at places like Del Campo, minibar and barmini.

BRIGHTWOOD — We took a look at the proposals from the three teams bidding to redevelop the Walter Reed campus. Check out the plans from Hines-Urban Atlantic, Roadside Development and Forest City Washington.

U STREET VS. H STREET — Two bedroom condos at these two nightlife hotspots are competing for your love on this week's Real Estate Death Match. There's still no clear winner.

CURBED COMPARISONS — Wondering what $2000/month will rent you around D.C.? We look at a few of the options.