Alexandris Treats All 1789 Diners As Guests In His Home

Share All sharing options for: Alexandris Treats All 1789 Diners As Guests In His Home 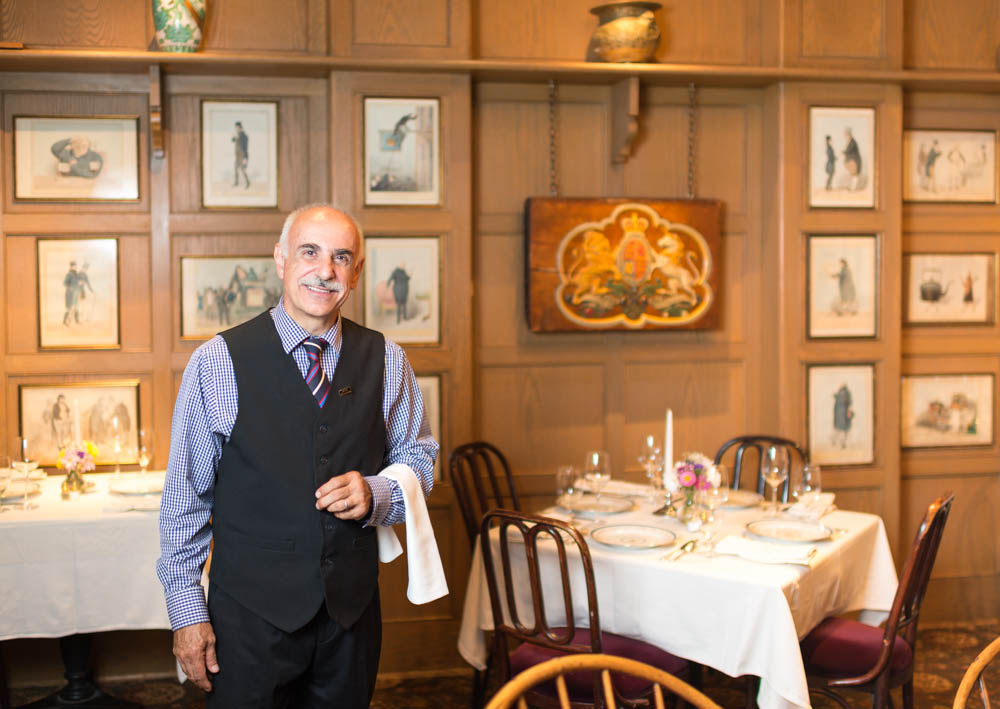 Georgetown power spot 1789 has been around for generations, and so has Stelios Alexandris. Briefly a server at Capitol Hill's The Monocle, Stelios, or Steli as he's affectionately known, has been with 1789 for 33 years, and he has seen the restaurant change over the last several decades, including a shift in ownership in the mid-1990s to the current owner, Clyde's Restaurant Group.

Over the last three decades, Alexandris has noticed the changing tastes of the restaurant's clientele, with customers asking for more American wines and being a bit more knowledgeable about food. He has seen chefs change and has met many VIPs, including both Senators Warner, former Presidents George H.W. Bush and Bill Clinton, and Sharon Stone. But no matter who he is serving, what has remained consistent is the high-quality service he delivers to diners.

"Since I started waiting tables, the clients are the guests, and we are the hosts. You have to take the best care of them because they are the guests. I want to be remembered for making people happy and giving them the best experience possible," Alexandris said.

What sorts of changes have you seen to the restaurant?
The restaurant used to be a lot more formal, but now it's a little more casual. And the food used to be strictly French but it has become more international, more inclusive. The wine service also used to be very French focused, but now it includes more American wines.

And the clientele?
I've noticed a much younger crowd with younger professionals frequenting the place. It used to be more of an older crowd, but that seems to be changing. And they are more knowledgeable about food and wine.

If you were a diner at 1789, what would you order?
I would start with an appetizer, like the duck confit strudel, which is baked with mascarpone cheese. It's a bit on the sweet side, so it would be a very good pairing with the Pinot Noir Belle Glos. I would also order the halibut with lobster sauce or the pork shoulder. The rack of lamb would go great as well. It's a trademark dish for sure.

You seem to be the go-to server for VIPs. Do you have any memorable stories?
There are a lot of VIPs who come into 1789. Brendan Sullivan, who defended Oliver North in the Iran Contra scandal back in the 1980s, has a specific table when he comes to the restaurant. The other day Senators Warner and Hagel came to the restaurant. Bill and Hilary Clinton have come here as well. It is rewarding to work here because I get to meet these personalities, like Bob Hope. During George Bush's presidency, a lot of his staff would come, like Cheney and Rumsfeld. But one time Sharon Stone came in, and she had brown hair wig on with a blond-haired decoy. So when Sharon needed to step out, everyone thought she had stayed behind, but it was actually her decoy. And at the time, we had a young chef, and he practically fell in love with her and invited her back to the kitchen.

Who would you love to have as a client in 1789?
The one person would be Joe Lieberman because he is so down to earth and acknowledges people. He always comes and shakes your hand and gets more personable and makes you feel like he is enjoying that you are there for him.

What's next for you? Do you see yourself here for another 33 years?
It's a physical and mental job. You have to be fit and at a younger age to handle the restaurant's multiple floors. You have to be fast moving and alert, so I feel there is a time, just like tennis players, when you need to exit graciously because you know you can't compete anymore. Even if you enjoy doing it, you have to let the next generation come in and carry on.
· All Previous Coverage of 1789 [-EDC-]
· All Previous Editions of Lifers [-EDC-]