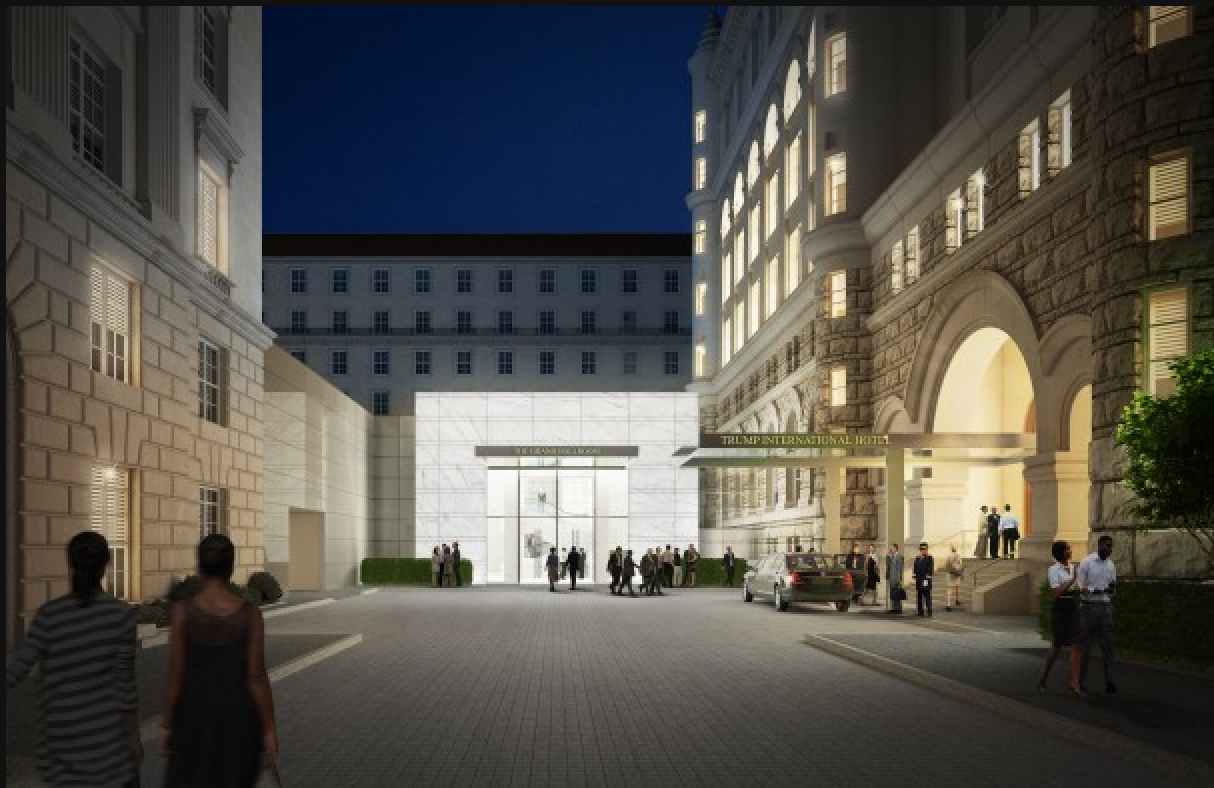 [Rendering courtesy of the Trump Company]

TRUMP TALK — In a press conference on Tuesday at the Old Post Office, Donald and Ivanka Trump revealed the designs for their first Trump Hotel in D.C. We also recounted some of the best moments of the press conference and checked in on Twitter's reaction to the unveiled renderings.

CURBED MAPS — We missed a few spots when we put up our map of the construction sites in NoMa, Shaw and Mount Vernon Square so we've given it an update.

WAL-MART WIRE — Mayor Vincent Gray vetoed the Large Retailer Accountability Act that would have forced Wal-Mart and other large retailers over 75,000 square feet to pay workers a living wage of $12.50 an hour. This means Wal-Mart will be coming into D.C., even though one of their planned spots on New York Avenue has fallen apart.

MORE TRUMP TALK — Apparently the Donald is also eyeing the FBI Building for redevelopment. But hey, why stop there? We contemplate what other redevelopment projects by Trump might look like. Like a Trump stadium! Or a Trump aquarium!

WATERFRONT — We went to the grand opening of new Southwest art club Blind Whino. We talked to the founders and snapped some photos of the unique space.

SHAW — The new retail and residential development coming Parcel 42 is only asking for 40 parking spaces. That number seems low, so we look at how that number stacks up against other similar neighboring retail/residential projects.

EXPENSIVE LISTINGS — We broke down ten most expensive new listings in D.C. into two installments and focused in on the week's priciest listing in Foxhall Crescent for good measure.

HELP WANTED — Do you hang onto everything Curbed, kick tail at completing research projects and want experience in online journalism? Perhaps you'd like to be Curbed DC's new intern! Details on how to apply are here.