Welcome back to Eater in the Embassy, where we ask ambassadors, diplomats and the chefs behind DC's diplomatic receptions and events about their native cuisine, working in an embassy kitchen and their favorite places to eat around the city. In this latest edition, we visit the Mexican Cultural Institute, a branch of the Mexican Embassy, and meet with its chef Pati Jinich. Tune into WAMU 88.5's Metro Connection at 1 p.m. for their version of the story. 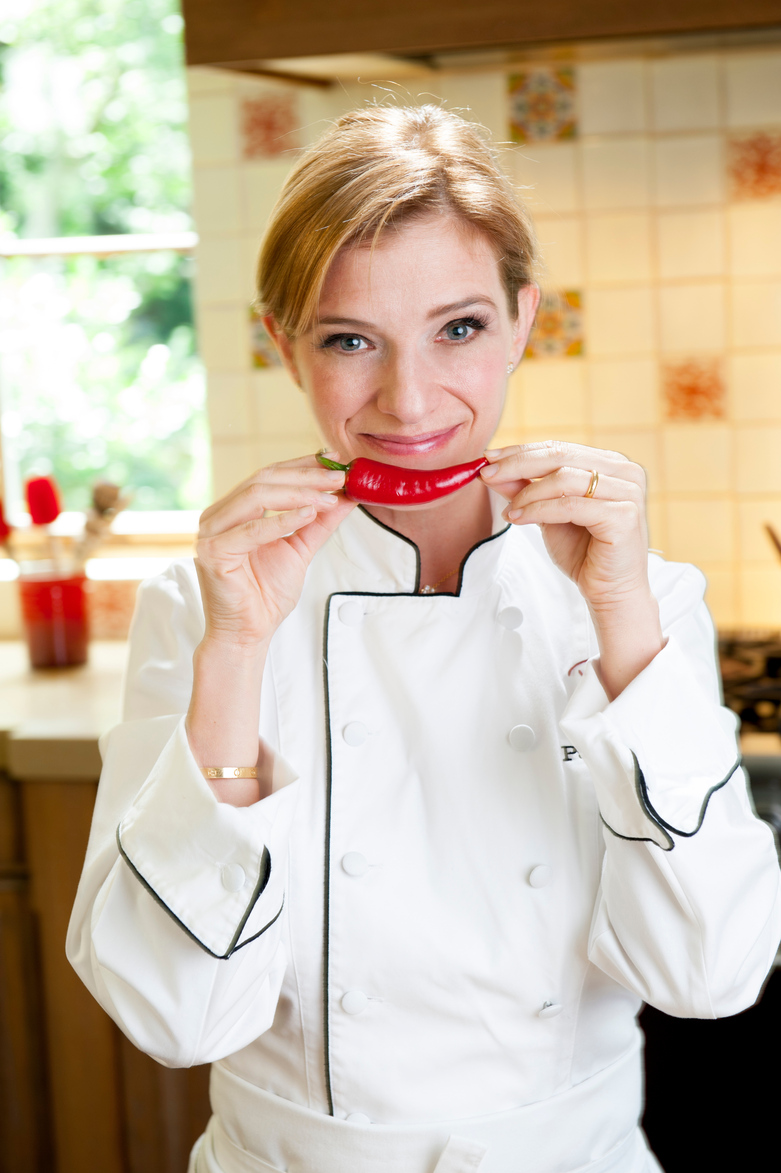 When running the culinary program for the Mexican Cultural Institute, part of the Mexican embassy, Pati Jinich teaches classes on a variety of themes, concocting elaborate dinners based around a particular region of the country. But sometimes she's happiest when preparing a big breakfast for the Institute's staff meal.

"In Mexico, breakfast is an important meal; breakfast and lunch are huge, and dinner is very light," explains Jinich, a native of Mexico and a familiar face to those who know her cookbooks and her PBS series, "Pati's Mexican Table." She's preparing such a breakfast today, peeling and sautéing cactus paddles (nopales), which she will bathe in salsa verde and then poach eggs in the sauce, serving the dish with refried beans, queso fresco and warmed tortillas. The cactus plant isn't unlike okra — it has a tendency to be slimy and oozy, but the sautéing step helps eliminate that issue. When the salsa hits the hot pan, it sizzles and splatters.

The meal is an example of a "drowned egg" dish (huevos ahogados), as Jinich puts it, and it's a popular form of breakfast in Mexico. The eggs might be covered in any type of salsa — it can be spicy, it can be chunky, it can be made with poblano chiles or guajillo chiles. A visit to a typical Mexican market, or cazuela, will probably turn up vendors making ten different types of these stews, Jinich says. Eggs are found in the majority of common Mexican breakfast dishes, whether it be chilaquiles or 'drunken eggs" (huevos borrachos). Another typical Mexican breakfast item: the sweet concha rolls, which Jinich likes stuffed with black beans (uniting savory and sweet isn't uncommon in a country known for its mole dishes). Fresh squeezed orange juice is mandatory. 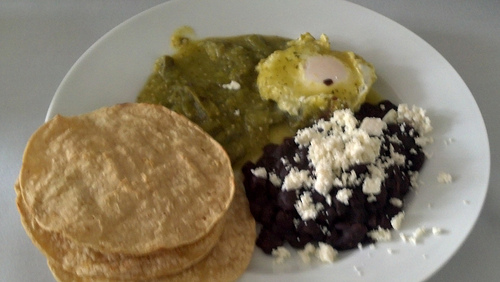 Jinich found her way to the Institute in 2007. The former policy analyst switched career tracks when she figured out that food and food writing was her real passion, graduating from Gaithersburg's L'Academie de Cuisine. As part of her work here, Jinich has the opportunity to dispel common myths about Mexican cuisine. "It's such a long list," she said. The food isn't always spicy. It doesn't always have a chile in it, and even if it does, some chiles are sweet. And it isn't unhealthy, either. "We love salads; we just don't call them that," Jinich said. She's enjoyed watching the evolution of Tex-Mex cuisine in America, a style of cooking people often confuse with traditional Mexican food. She's also been interested to see the rise of Mexican chefs like Enrique Olvera and Jorge Vallejo, who dignify traditional Mexican dishes while still incorporating modernist cooking techniques.

Authentic Mexican food can be hard to find in the D.C. area — Jinich respects the work and in-depth research done at Oyamel (not to mention the food), and has enjoyed meals at such places as El Chucho. Fuego de Cocina y Tequileria and the Taco Bar hole-in-the-wall in Gaithersburg are on her dining bucket list. Most restaurants she stumbles into don't make their own tortillas, though it's standard to do so in Mexico. "I always ask," Jinich said, "and I'm usually disappointed." But even knowing how to to properly heat a tortilla — on a griddle or in a pan, not in the microwave — can make a big difference in taste, she says.

But to really appreciate Mexican food here, Jinich says, "Cook it at home." Her favorite sources for ingredients are the Panam Grocery on 14th Street and La Flor de Puebla in the Riverdale neighborhood. Mexican ingredients are becoming easier to find at farmers' markets, and even mega grocery stores like Shoppers Food Warehouse or Giant. "They can be hard to find; you just have to ask." It won't be quite the same — in America, cooks usually can come across about a dozen fresh chiles and maybe 10 additional dried varieties, while in Mexico, there are hundreds. But it's worth the effort, Jinich says. Cooks can always consult her latest cookbook, which came out in March, for inspiration.

Season 3 of "Pati's Mexican Table" kicks off in January. Those interested to learn more about Mexican cooking can head to the Institute October 24, when Jinich will lead a class on the evolution of Mexican food in the U.S.
· Eating In The Embassy: Pati Jinich Debunks Stereotypes About Mexican Food [WAMU]
· Mexican Cultural Institute of Washington [Official Site]
· Pati's Mexican Table [Official Site]
· All Previous Editions of Eater in the Embassy [-EDC-]

[Photo of Jinch by Michael Ventura]