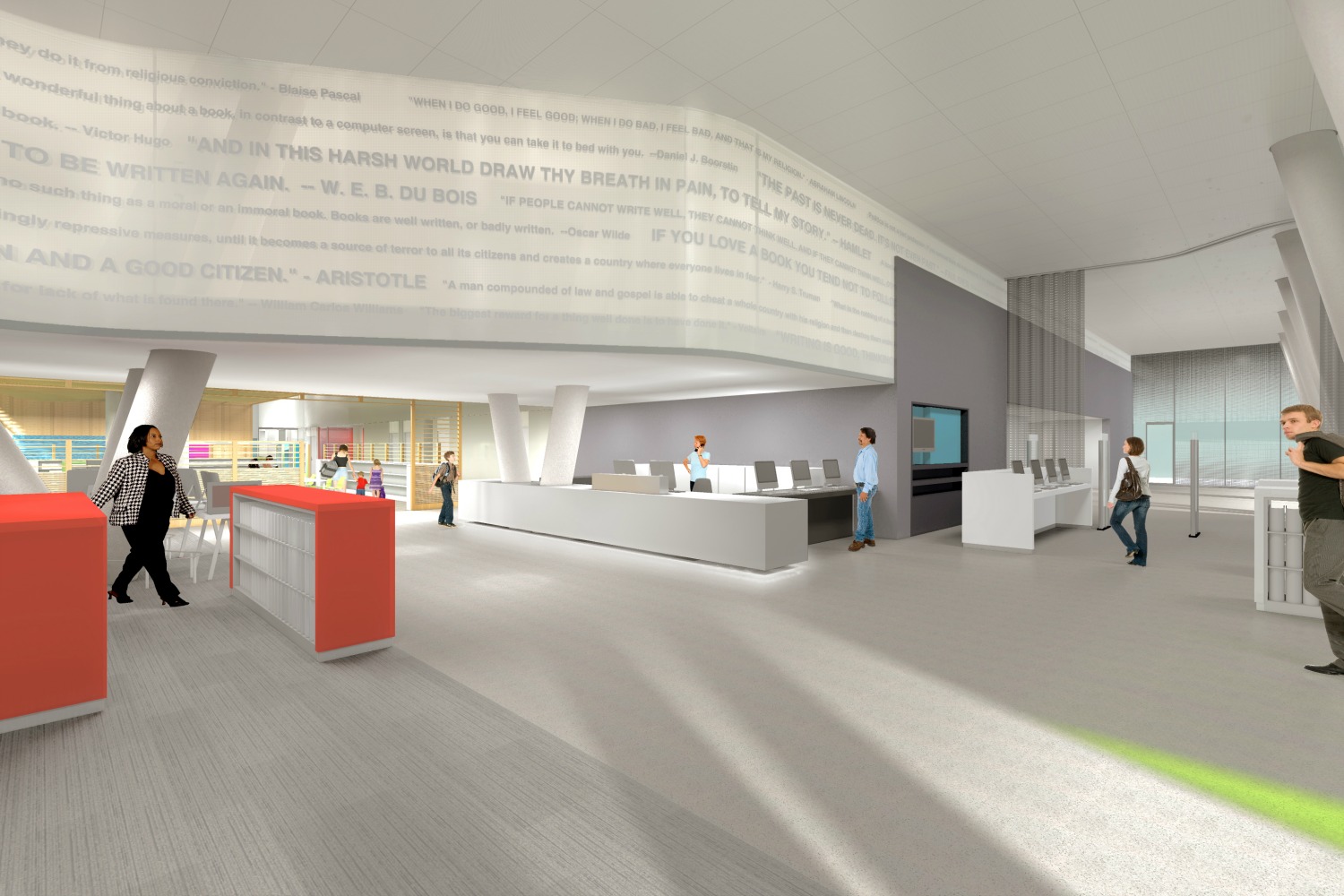 WEST END — West End Library is poised for renovation and the folks from CORE shared the renderings for this new project that they've worked on with TEN Arquitectos. Check out the colorful shelving and illuminated ribbon of quotes!

TRUMP WIRE — Everyone made a big to-do about the bulletproof windows in the new Trump Hotel's penthouse suites. We checked in with some other local hotels to see if that amenity is, in fact, a rarity.

U STREET — District Flea opened this past Saturday and we got some initial impressions and snapped some photos.

DOWNTOWN — The Old Post Office, site of the new Trump Hotel, has a fascinating history. We looked at some of the highlights.

WAL-MART WIRE — The big box retailer is moving quickly now that the Living Wage bill has been shot down. They're opening two hiring centers on Monday near the locations of the two stores that will open first.

LOGAN CIRCLE VS. ADAMS MORGAN — It took a week off, but Real Estate Death Match has returned! Right now the Adams Morgan two bedroom is creaming the Logan Circle competitor, but there's still time to cast your vote!

L STREET — The D.C. Preservation League has determined that the current headquarters of The Washington Post is not a landmark. As such, it could go the way of the old NPR building if The Post Company sells it and moves on.

NOMA — As part of the G40 Summit, four muralists took to the city to paint their interpretation of the theme "Open Your World." We snapped photos of the completed works.

COST OF LIVING — Is it cheaper to rent or buy in D.C. and Baltimore? We play with Trulia's calculator and manipulate some of the factors (tax brackets and years living in a spot) that might affect the decision. Either way is a more expensive option than moving in with your parents, an option that makes sense for twenty-somethings in these two cities.