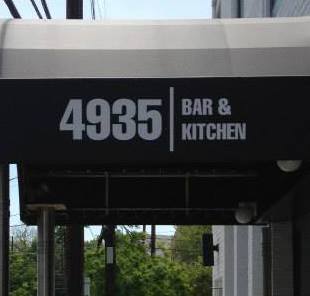 1) Woodbridge: One Starbucks wasn't enough for the coffee drinkers at Potomac Mills. The chain is adding a second location in the Neighborhood 1 area of the outlet mall, near Off Broadway shoes. A Moe's Southwestern Grill is also on the way later this winter. [PLYWOOD]

2) Bethesda: Fresh Baguette is a new bakery slated for 4919 Bethesda Ave. Bethesda Magazine reports the store is from a group of folks from France who will put out breads, pastries, sandwiches, ice cream and other sweets. [PLYWOOD]

4) Bethesda: Finally, some movement for 4935 Bar and Kitchen. The restaurant will open later this month, according to Bethesda Magazine (the lease was signed way back in November). It partially opened as a lounge at one point, but ran into structural issues. [POST-PLYWOOD]