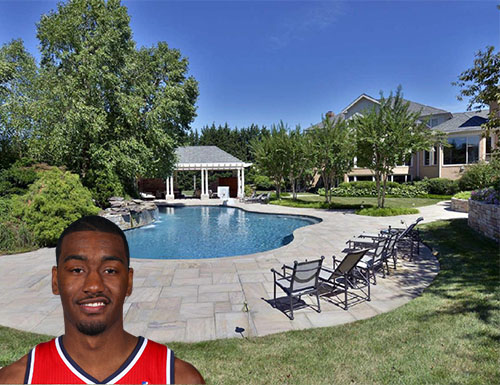 METRO CENTER — Wal-Mart might pull out of D.C. but Target may have found a prime location for their second District store, at the site of the former ESPN Zone.

GREAT FALLS — In other Washington Wizards news, former star Gilbert Arenas has dropped the price on his mansion to under $3 million. Anyone going to the open house this weekend should report back as to whether he still has a shark tank.

COOL MAP THING — Smithsonian Magazine found a way of superimposing a map from 1851 over D.C.'s current landscape and we had some fun playing with it. Spoiler alert: many of the current memorials would be in the Potomac River.

U STREET — The Embassy of India has bought a vacant property with the intent of turning it into a cultural center. It used to be a nightclub and a post office before being gutted.

WEST END — 50% of the units at the newly renovated Bond Apartments have been leased. They start at $1,900/month and allow climate control with a smart phone app!

CATHEDRAL HEIGHTS VS HILL EAST — Two one bedrooms for under $360K in opposing quadrants go at it on this week's Real Estate Death Match. Right now the Hill East condo is creaming the ever loving snot out of its Cathedral Heights competitor, but put in your vote!