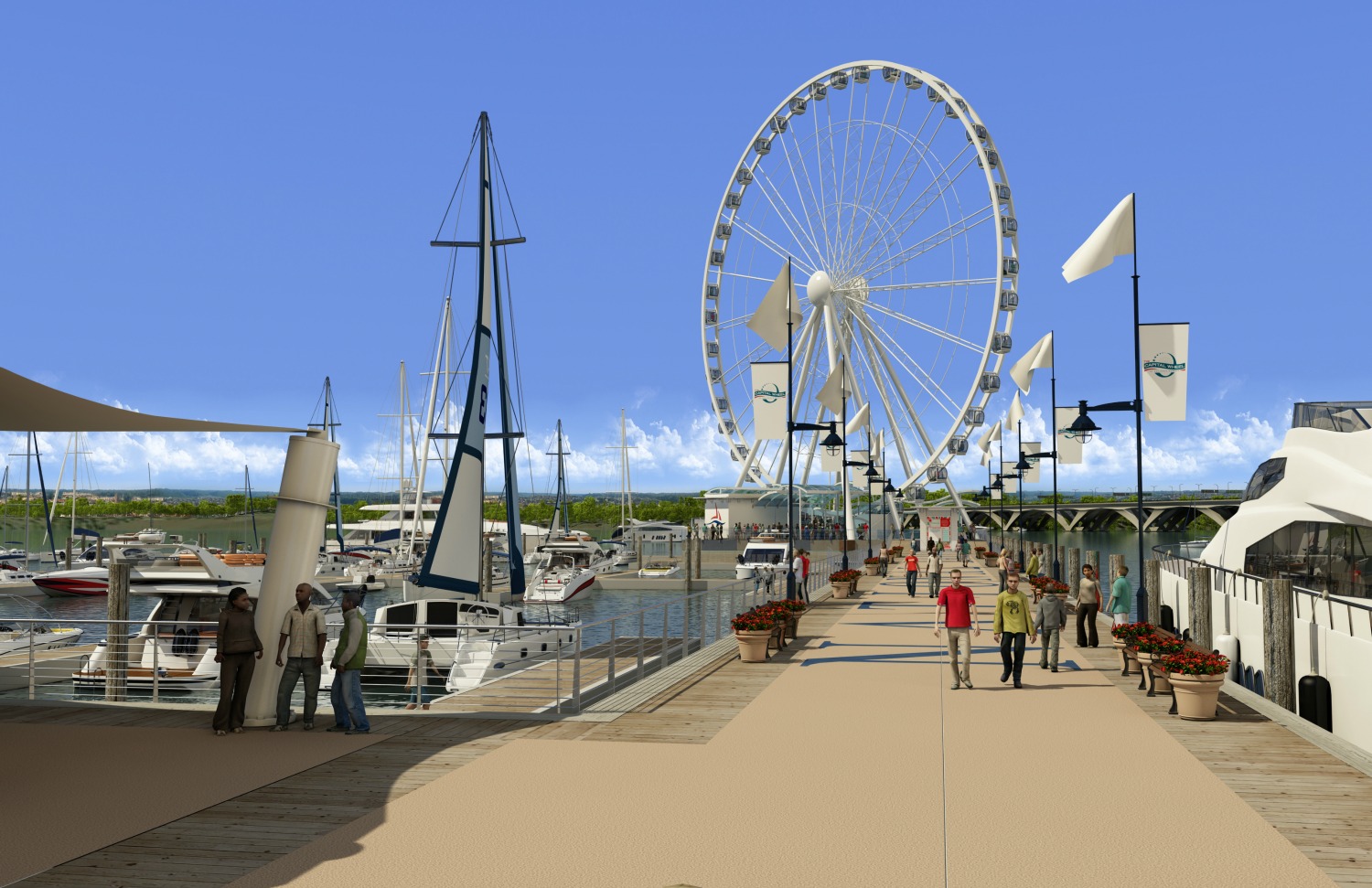 NATIONAL HARBOR — This spring, National Harbor is getting a 175 foot tall observation wheel called The Capital Wheel that will be on par with the London Eye. Here are some cool facts about the pier's newest attraction.

LIVING SMALL — This 298 square foot Logan Circle studio got to hold the title of smallest apartment on the market for about two days. Place your vote on whether you'd prefer to live there or a much cheaper 278 square foot Columbia Heights offering with no kitchen.

U STREET — The Landmark Theater coming to the Atlantic Plumbing Project released first an exterior rendering and then a full spread, drumming up more excitement for their 2015 opening.

VIRGINIA — Wexford, the Kennedy vacation retreat in Fauquier County, slashed its price from $11 million to $8 million.

MARYLAND — Meanwhile this former House of the Day, Bohemia Manor, finally sold at $3.775 million, a large drop from the initial $13 million it asked in 2010.

FOGGY BOTTOM — Dear web design team at the Allen Lee Hotel, your establishment is not near the Georgetown Metro Station.

DUPONT CIRCLE — An enormouse Sealed Bid Sale sign has appeared in front of the Embassy of Zimbabwe. They insist they aren't changing location.

CURBED MAPS — A look at the past year in demolition.

NATIONAL MALL — Here are more cool photos taken from the top of the Washington Monument. These are from 1980 and 1981.