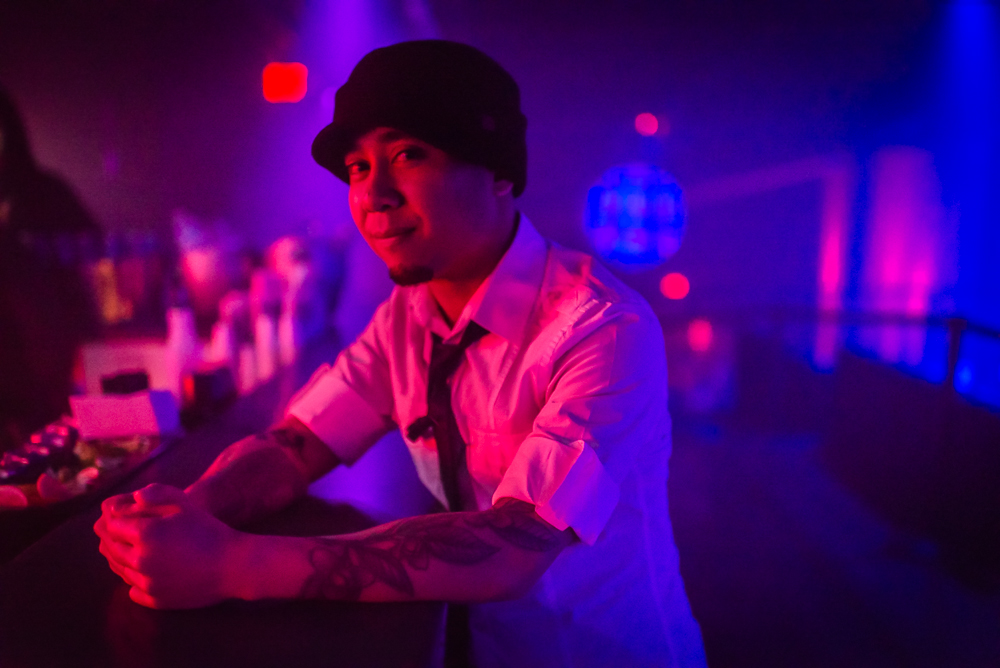 Open a little more than a year, 30,000 square foot Echostage is already one of the top dance venues in the D.C. area. From dubstep to hip hop, the club has hosted some of the biggest music acts around. Clubgoers looking for extra special service need to know Ben Lek, Echostage's VIP Manager. He spills the details to Eater on name dropping, the club's craziest shows and what to expect from his VIP treatment.

How long have you been at Echostage?
I started off here when we first opened up as the head bartender. Then I got promoted at the end of February/beginning to March to the VIP manager.

How did you get into being a VIP Host?
I've had previous experience managing at District before I came to Echostage. I started off here bartending. I don't mind it but I am very good with people so it was one of those natural progressions. When the spot opened up, I definitely jumped at it and wanted to go ahead and take the challenge.

Where are you from originally?
I was born and raised in the D.C. area in Maryland and D.C.

Do you have regular VIP clients?
Yes, we do. We have clients that have literally gotten VIP service at every show. We have certain clients that always come to a specific type of show, like dubstep. Or other people who enjoy trance shows — they'll always come to those. I have a lot of regulars.

What are some of the biggest name clients or guests you've had at the club?
We get a lot of athletes and various celebrities. Mostly athletes, but no teams in particular. A lot of the time, it's the visiting teams that are in the area.

How do you take care of your VIP clients?
The packages vary. The interesting thing about VIP clients is that I treat everyone the same. It makes for a family atmosphere and the fact that they are comfortable is the reason I have regular clients. They know I'm not going to treat them differently if they're not "popular" or a celebrity or an athlete. So, with that, I try to keep the packages the same for everybody so they know they are being treated fairly.

What's the most extravagant package or experience someone can offer at Echostage?
It would vary. I want to cater to their needs. Some people like being closer to the stage. Some people like to be overlooking the whole stage. A lot of the times at the bigger shows, some people will want to be as close to the DJ as possible. For that, I will arrange for tables to be right next to the stage so they can be as close as possible to their favorite DJ.

What's the biggest package someone has actually bought?
[Laughs] That's something I'm not at liberty to say but people have spent a lot of money to rent out a whole section-- either to be right next to a DJ or just to get a whole section for themselves.

Do you have any crazy expensive bottles of alcohol? What's the most expensive?
The Ace of Spades [$1,500] is our most expensive. We have had clients request certain bottles that cost more. It all depends on their preference. We cater to their needs. If they are willing to spend the money and request an expensive bottle, we can always go and get that for them as soon as possible to make sure they have that experience.

Any specific examples?
There's been so many.

Is there a dress code at Echostage?
There is no dress code. Again, it's a hybrid experience here. If you were to go to places in Vegas or Miami then you would have to dress up and look as nice as possible. That's fine and I have no issue with that. But with us, we like to make sure everyone can have that "warehouse experience" on the main floor or, if you want to dress up, you can go upstairs to the lounge area and get the table service that you would expect at a high-end club.

What's the craziest or most extreme thing someone has done to try to get into the club or get the front of the line?
[Laughs] Oh man, people have offered ridiculous amounts of money and other ridiculous things. But the one that stands out in my mind is obviously name dropping. Anybody at any club anywhere in the world will always drop names be it any of the owners or whoever else. One time, a person came up and I happened to be outside and the guy kept using my name, not knowing that he was speaking to me. It was pretty funny and I decided to entertain it. He was with a group of girls and he sat there for five minutes telling me he knew Ben "Leek," not knowing that my actual name is Ben Lek. Eventually, I told him that if he knew Ben then he should call him. He said that Ben was actually one of his really good friends but he lost his number. Finally, I dropped the bomb on him that I was Ben Lek and sent him to the back of the line and he had to pay full price.

Is there anything someone can do to jump the line or get in to the club quicker?
We don't allow line jumping. That goes back to us trying to treat everyone fairly. The one way that you can get in very quickly is with our table service. That's part of our VIP treatment. If you pay money for a VIP table, you're going to be treated like a VIP and get in quicker.

Inside the club, what's the craziest thing you've ever seen?
It's been your standard crazy, crazy, crazy stories. With alcohol, people are always going to get a little crazy. I have seen some things but let's just leave it at that. [Laughs]

How often is Echostage open during the week?
We only open up for shows and events. We're not open everyday like other places for your standard club night. That's what makes us stand out from other places. Every time we're open, it's an event. People plan to come out here and that's why we get so many people.We are a little farther out than most places in D.C., so it sets us apart.

Have there been any Echostage shows that have stood out or been head and shoulders above the rest?
That's a cool question because it really depends on your preference. Like when Knife Party played, the place and the energy was just unreal. It was the first time I had seen thousands of people jumping up and down in unison. The DJs were going absolutely crazy. It was awesome.

We've had Above and Beyond play where the the atmosphere wasn't as crazy, however, you could tell the whole crowd was into the music and absolutely loving it.