Eater spoke with several of the city's sommeliers and restaurant owners about how trips abroad help them define their restaurants' wine lists. In Part 1 of this two-part series, Jody Fellows has restaurant reps share some fun anecdotes from their various trips. Stay tuned for Part 2, as 2941's Jonathan Schuyler gives a more in-depth account of a recent trip to France. 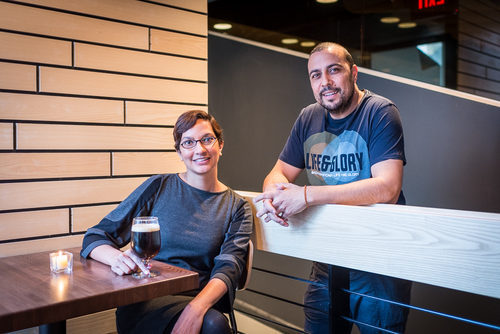 Maintaining a restaurant's wine program requires a lot more than just tasting a bunch of glasses of red and white. Knowledge and experience of wineries and vineyards, both stateside and abroad, is vital in keeping the program current and exceptional. And yes, a fair amount of drinking is involved, too.

Much of this research can be done without a passport, but when European wines are involved, nothing beats up-close-and-personal experience overseas. And with the far-away-from-home adventures comes lots of tasting, learning and some pretty interesting tales.

On his trip to Greece to do research for Iron Gate, Neighborhood Restaurant Group wine director Brent Kroll, who is in charge of the programs at Birch & Barley, Vermillion, and others, not only came away with a private label wine, but he also picked up a new name along the way.

"I connected specifically with Yiannis Tselepos [of Tselepos Estate]," says Kroll, "I was the most eager to meet him on the trip and he didn't disappoint." But after answering his multitude of questions, Kroll says Tselepos grew tired of trying to say Brent.

"He started calling me 'Bob'," says Kroll. The new moniker was such a hit on the trip that Kroll's fellow travelers threatened to create a "What About Bob?" t-shirt. "It has yet to surface," he says.

Sometimes though, restaurant reps have to deal with more than just name confusion. Language barriers can lead to all kinds of problems. When Cork Restaurant and Wine Bar owners Khalid Pitts and Diane Gross went to Domaine José Michel et Fils in Champagne, France, they needed a little help from technology to communicate with the winemaker.

"We know some French, but the first few days visiting any country, you are extremely rusty," says Gross. But fortunately for the Cork duo, as the new cliche goes, there's an app for that.

"We would use the translation app on our iPhone to ask him questions in French and he would respond in kind," Gross says. They were able to decipher about 70 percent of what Michel was saying through the phone but then would have to do a lot of follow up. It made for a very long and methodical conversation, says Gross, but Michel was very understanding and patient. "He and his wife were tickled by the app, particularly in how certain words or phrases translated."

In addition to the couple's newfound appreciation for phone translators, Gross' and Pitts' son picked up a love for grapes. "He never ate grapes before going to France," Gross says, "but while there he devoured Chasselas grapes." Alas, it was only temporary. Once they returned to the U.S., she says he want back to boycotting them. "I guess everything tastes better on vacation."

While the programs at NRG and Cork are well-established, when a restaurant is first starting out, it takes decidedly more work to put together a quality wine menu. In preparation for its opening in Penn Quarter last month, Flight Wine Bar co-owner and beverage director Swati Bose visited over 25 wineries in Spain and France.

Her trip started out with a 10-hour red-eye to Madrid, followed by a nearly two-hour drive to Vina Sastre, a family-run winery in Ribera del Duero, which was proceeded by an hour-long tour. After the tour, the winemakers opened up their tasting room for Bose and her party. "We had four of their wines for breakfast," she says before they drove to their bed and breakfast for a nap.

Over in France, the first winery Bose visited in Burgundy was Domaine Thibault Liger-Belair. When driving up to the property, she found two men trying to fix a broken machine. It turns out one of those men was Liger-Belair, himself. "It was in stark contrast to many of the Left Bank chateaus of Bordeaux which are now owned by big companies with sales and marketing teams," says Bose. "Thibault showed us what he was trying to fix and we just hung out around him as he did his work for the day."

"The trips are useful in changing theory into real experiences," Bose says. "Experiencing the climate of Ribera del Duero in person made it easier to understand what it means for the sun to shine in the region for over 2,000 hours!"

Kroll says he also learned a lot during his time overseas. "The trip refuted the notion that Greek wine won't age well," he says. And while he gained a lot of knowledge about wine and the business, he also discovered some fun facts. "They are required to paint their houses white on Paros," Kroll says. "And there is gold in the soil in Macedonia."

That's great and all, Brent, what about Bob?
—Jody Fellows

Back After a 19-Month Layoff, Minibar Gets Even More Exclusive

Visiting This Restaurant-Turned-Market Is Like a Mini Mediterranean Vacation

Chevy Chase Is Getting a Roman-Style Standing Bar for Coffee, Gelato, and Digestifs