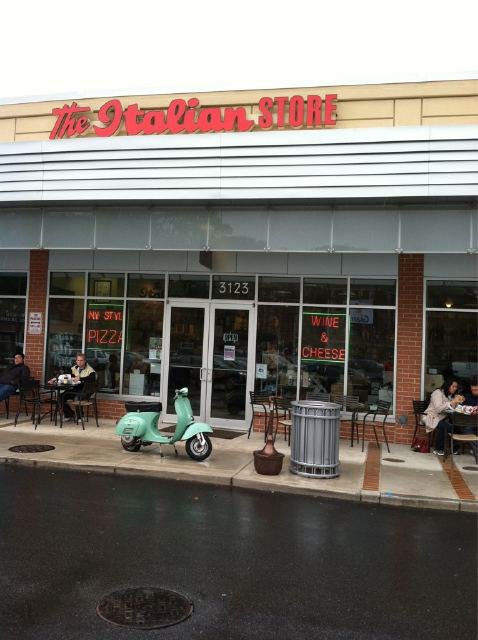 1) Arlington: No update on timing, but Chowhound reports the space is papered over and temporary signage is up for The Italian Store, opening in Westover. A May opening was initially planned. [PLYWOOD]

2) Bethesda: Noodles & Company will take over a portion of the space where Ri-Ra used to be in Bethesda, according to Bethesda Magazine. They're aiming for October. [PRE-PLYWOOD]

3) Chinatown: No name or details yet, but there is signage proclaiming "pizza" over at 6th and H Sts. NW, PoPville notes. [PoP]

4) Waterfront: ANC Commissioner David Garber Tweets that Masala Art has had its liquor license approved for its planned second restaurant, and hopes to open by May. [PLYWOOD]

5) Ashburn: A restaurant called DC Prime is opening at the Lakeview at University Center development at U.S. Route 7 and Loudoun County Parkway, according to the Washington Business Journal. It's a steakhouse. [PRE-PLYWOOD]