Welcome back to Still Standing, where Eater looks at those bars and restaurants that have quietly stood the test of time over the years, despite the city's changing restaurant scene. From dive bars to neighborhood joints to under-the-radar haunts, these places rely on word of mouth and loyal regulars rather than splash and publicity to keep on going. Have a suggestion for a future place to feature? Tell the tipline. 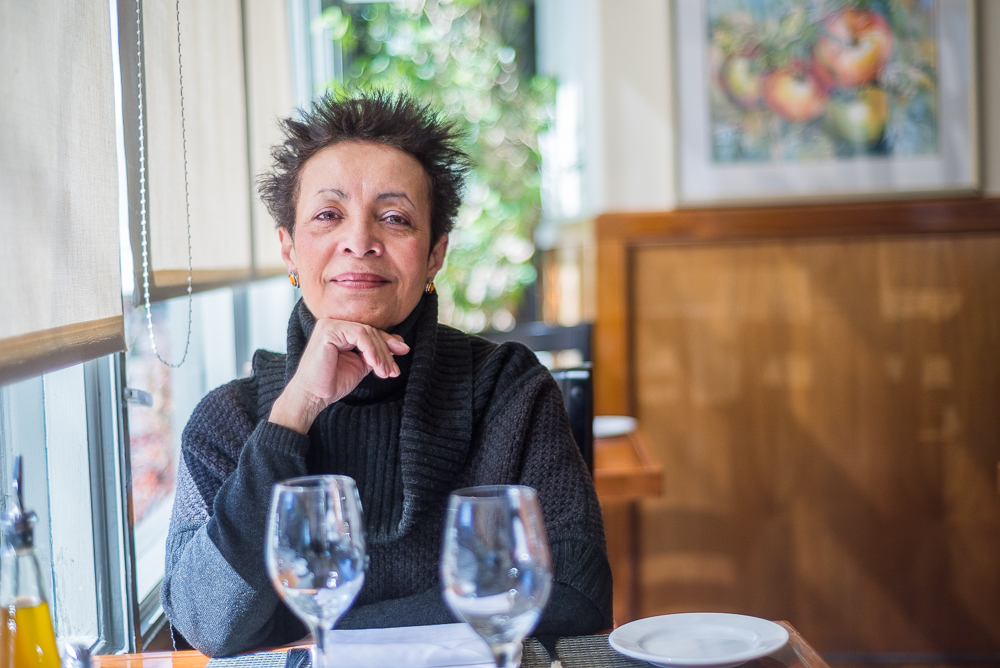 Natalina Koropoulos' late husband was a big fan of tomatoes. So when the couple made plans to open a restaurant in Dupont Circle, he immediately suggested that the establishment's name revolve around the red fruit.

"I told him, 'You can't just call the restaurant 'Tomato',"' she said. "So we were going to call it either Il Pomodoro ("tomato" in Italian) or La Tomate ("tomato" in French)."

La Tomate, it was decided, sounded cute and won out when the doors opened, Koroupolos said. That was 1987.

The French translation of the word also aligned with the French cuisine that the eatery initially served. The Koroupolos' other D.C. restaurants were devoted to France, which was why it seemed only natural to go in that direction again. By 1988, though, the owners made a big change and switched the menu to Italian, Natalina's heritage. The food has never gone back.

La Tomate has not only endured for the past quarter-century; it's become a fixture at the corner where Connecticut Avenue meets R Street. Spread out across two floors, with an outdoor patio and large windows overlooking streets on all sides, the restaurant seats 180 at brunch, lunch and dinner. Staff call it a comfort station for the neighborhood.

The owners' daughter literally grew up in the restaurant. After graduating from Catholic University she moved to Europe and now lives in Milan, Italy, visiting a few times a year. Perhaps more than any other element, she said La Tomate stands out for its reliable customer base. Some clients have been coming in for 20 years and use the restaurant as an outpost for family get-togethers, graduation celebrations and Sunday dinners. Natalina Koroupolos has her hand in every aspect of the business and is frequently seen around the dining room, so there's a familiarity in stopping in and seeing her.

Besides nearby families, over the years Washington power players have also made La Tomate part of their dining rotation. Former Attorney General Janet Reno was a frequent guest. A number of high-ranking members of the Clinton administration were regulars and then returned as Obama took office. When news of the Whitewater scandal broke out, too, documents revealed that some of the individuals involved met for lunch at La Tomate.

Longtime manager Jonathan ten Hoopen said this speaks to the notion that the restaurant is a spot where anyone can come in, have a good meal for a fair price and enjoy themselves without being pestered.

"We're not calling The Washington Post to report that they're here. It's just a comfortable place to come," he said. "There's something about the fact that, as the administration changes and Washington changes, we don't."

The other constant has been the staff. Ten Hoopen, for one, started work at La Tomate as a server in the early 90s. When, in 1997, Natalina's husband died following a short bout with cancer, he was promoted to manager to help fill the void. He's run the front of the house since. The restaurant's bartender also has been a fixture for 20 years. "Their loyalty is a testament to the kind of place it is," Natalina Koropoulos said. 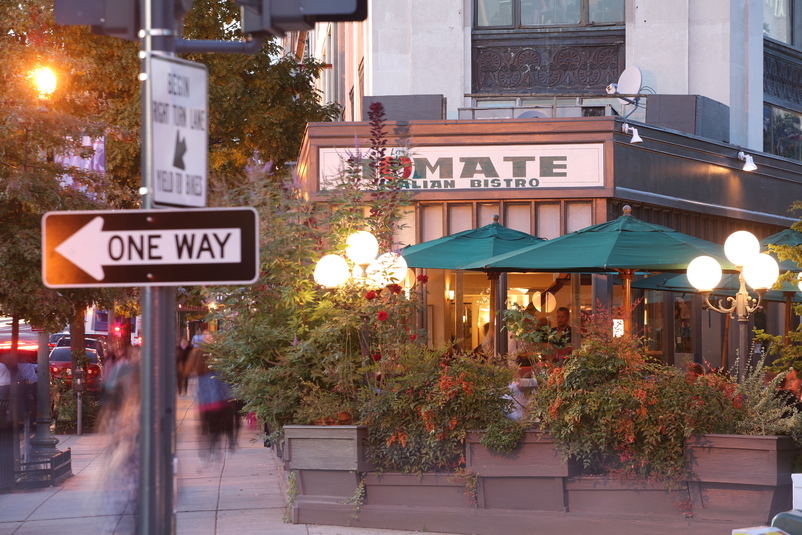 Even when hiring wait staff, ten Hoopen tries to bring on individuals who will stick around for the long haul. "I'm not looking for the ones who have resumes at 10 restaurants in 10 years that are flocking to the hot spots until they fizzle," he said. "Our turnover is very low."

In terms of the food, Julia Koropoulos describes the fare as "traditional Italian with innovative twists." She and her Mom go back and forth trying out new recipes and taking advantage of the fact that she's based in Italy to tap into the country's latest culinary tastes while also sticking with classic flavors and simple ingredients.

Menu offerings change constantly to stay seasonal. Some dishes, though, have become so prized to customers that they'll probably never change. This includes a linguine-style pasta with squid ink, a dish with bowtie pasta, cream, mushrooms and prosciutto and salmon that is smoked in-house. At lunchtime a few years ago a burger was added to the menu based on diners' requests, and it's highly popular, as is La Tomate's take on a Caesar salad. "My mom actually sends me packages of Caesar salad to Milan because it's something I crave tremendously when I'm gone," Julia Koropoulos said.

Three years ago La Tomate added a prosciutto bar in the front of the restaurant. For years the space was occupied by a piano player who contributed background music five nights a week. When he decided to leave, the prosciutto bar was tried out as a substitute. It's caught on in a big way, however, and an entire section of the menu is devoted to charcuterie. "If you look around the restaurant most tables will have plates of cured meat," Natalina Koropoulos said. "It's something to grab and snack on while looking over the rest of the menu."

A renovation project is in the works to take this concept further. Next month, La Tomate will open a small cafe with seating in the area just to the left of the entrance. The cafe will open for breakfast and hopefully serve late-night coffee, paninis, salads and other snacks. The owner said if it takes off, the cafe could even become a gelateria as well. The project is being undertaken by Julia's husband, a prominent architect in Italy.

In its early years, La Tomate only occupied the front portion of the establishment where the cafe is being constructed. Then in 1992 a massive expansion tacked on the dining room. The opening of the patio was what really put the eatery on the map, quadrupling business, according to the management.

These days, there are challenges in the form of increased competition, particularly from the booming 14th Street corridor. Natalina Koropoulos said she hopes more independent retailers move into the neighborhood to draw diners back her way. In the 1990s, an independent bookstore resided across the street, and a Dupont movie theater brought crowds to the area — and to La Tomate. The Washington Hilton up just a few blocks also was a major source of customers "who you could feel coming down the street," ten Hoopen said. Now, though, hotels are making more concerted efforts to convince guests to dine with them through special deals.

La Tomate, this winter alone, has seen substantial drops in business. Once October and November hit, the combination of wintry weather and buzzed-about restaurant corridors around D.C. affected foot traffic. Yet there's optimism that La Tomate will flourish, as it has for almost three decades. "There's something that drives me about this business," Natalina Koropoulos said. "I think you have to have passion for everything you do in your life, and I still have the passion for this. As excited as our regular customers are to come in, we're as excited to see them."
—Dena Levitz
· La Tomate [Official Site]
· All Previous La Tomate Coverage [-EDC-]
· All Previous Editions of Still Standing [-EDC-]