Dean Madrid On Spending a Career at Pizzeria Paradiso

Share All sharing options for: Dean Madrid On Spending a Career at Pizzeria Paradiso 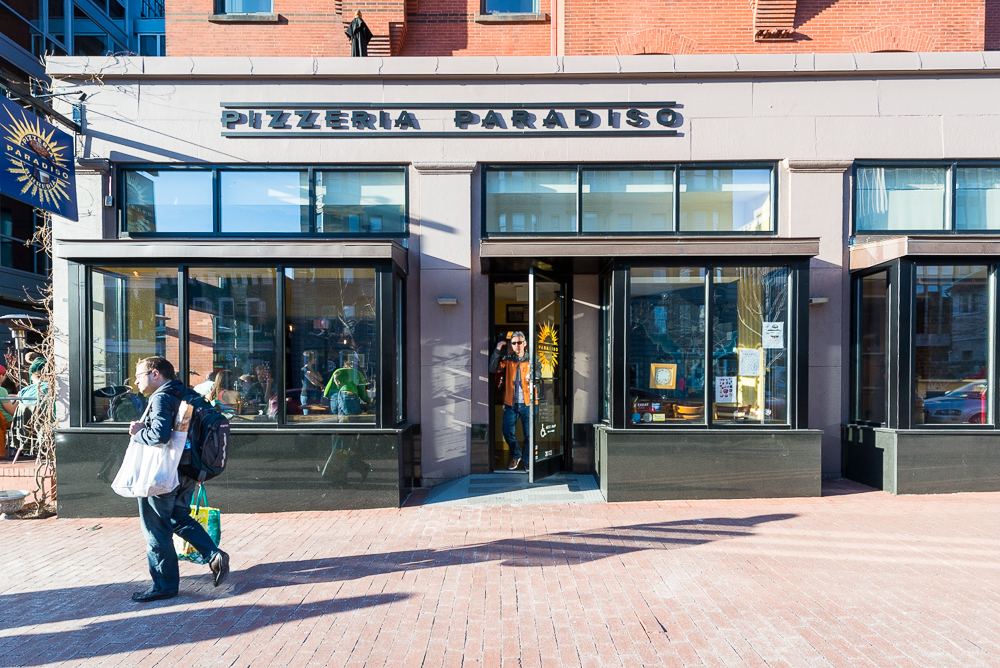 Right away, Dean Madrid took a liking to Pizzeria Paradiso. At 19 he stopped into the pizza joint's original Dupont Circle location as a customer and thought highly of the vibe (and the sparkling lemonade). So Madrid, newish to D.C. and needing a job, inquired about whether the establishment was hiring, submitted an application, spoke to the general manager and — bam! — he was hired as a server within days.

Little did he know that nearly 19 years later, he'd still be working for Paradiso. Madrid has spent the bulk of his career moving up the ladder in the company and is now the director of training for all three area locations, a position he suggested that the company create to standardize training.

What's made him stay for all of these years? "The staff's eclectic. Different personalities, ages," he said. "It's a great atmosphere; we're just one big family."

A lot of the reason for that is that Paradiso is locally operated. Comparatively, Madrid, as a teenager, cut his teeth in the restaurant business working for a few corporate eateries including Hamburger Hamlet. While those were learning experiences, he said it was a stiffer environment, and employees didn't mingle in the same way. "(At Paradiso) we'll talk to the dishwashers and cooks. The setup is open, and you can see into the kitchen," he said. "Coming from corporate environments, that just doesn't happen."

The other major difference is the owner herself. Madrid speaks highly of Ruth Gresser. She knows everything about this restaurant, takes a very hands-on approach and is a very generous person to work for. "I tell people, 'Our owner's always around but it's a very good thing,"' he said. "(In corporate environments), once in a great while the owner would show up and when they did everyone was on pins and needles."

Madrid's trajectory working for Paradiso has gone as follows: Three or four years as a server, then a promotion to floor manager, then operations manager followed by general manager. "I came up with the idea to Ruth and the director of operations that the food is already consistent and we have a few locations; we should make training and service consistent," he said. "Instead of having two or three different people train new staff, have one person be in charge of that." That person ended up being Madrid.

The most obvious change in Pizzeria Paradiso since he began working has been the clientele. The previous Dupont location, just a few blocks away from the current one, attracted middle-aged families, young professionals and diplomats. The setup was in a small row house in which guests ascended a flight of stairs to the dining room. With the introduction of a dedicated beer area for customers to imbibe while scarfing down pizza, Madrid said the demographics have changed. Now, customers are younger.

What hasn't changed is the pizza itself. Sure, the menu adapts and is switched around from time to time. But Madrid said the pizza is still top-notch and similar in recipe and flavor. "I don't eat it as much as I'd like to now," he joked, of the pizza. "But that's because I'm getting older... and maybe a little wider."

All of Madrid's experience at Paradiso has been in the front of the house. Once, though, a group of managers, including him, had to step up and fill in in the kitchen when Gresser decided to grant the day off to some staff to be able to attend a large Latino march nearby. Madrid and the other managers prepared sandwiches, salad and pizza in their place. "Let me just tell you, I could not do that," he explained. "The people who work in the kitchen are machines cranking out the food. They're amazing. (And especially after that day) I praise them a lot."

Lack of talent in the back-of-the-house aside, Madrid said at this point he can't see himself working in another other field. Compared to office jobs, like a one-time stint working at a bank, Madrid much prefers the restaurant business -- and especially Paradiso. "(At the bank) I'd be sitting there brain dead at a computer," he said. "Here, you're socializing with customers, with staff. We're all having fun together."
· All Previous Editions of Lifers [-EDC-]
· All Pizza Week Coverage [-EDC-]