Share All sharing options for: Townhouse From Syriana Sells; The Wharf Groundbreaking 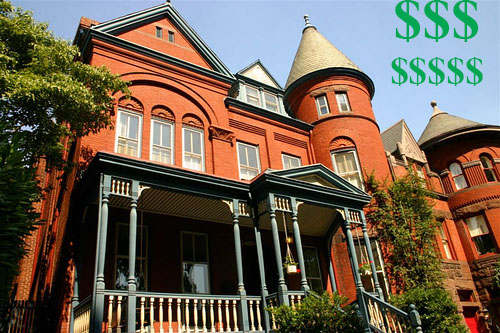 U STREET — Does this living room look familiar? That's because it was in the movie Syriana and the home just sold above ask.

U STREET — Goodbye, public art. Thirty new apartments are about to cover this mural at 14th & Florida.

MT. PLEASANT — Progress is underway in the construction of the Monseñor Romero Apartments that will replace the building destroyed by a 2008 fire.

ECKINGTON — Pop-ups: some love them and others hate them, but there's no doubting that these two have been poorly assembled.

MT VERNON SQUARE — There's virtually no information out about Senator Claire McCaskill's new $2.7 million condo, so here's a comparison of the amenity packages at CityCenter DC and her old building.

PENN QUARTER VS WEST END — Place your vote in the battle of these one bedroom apartments on this week's Real Estate Death Match.