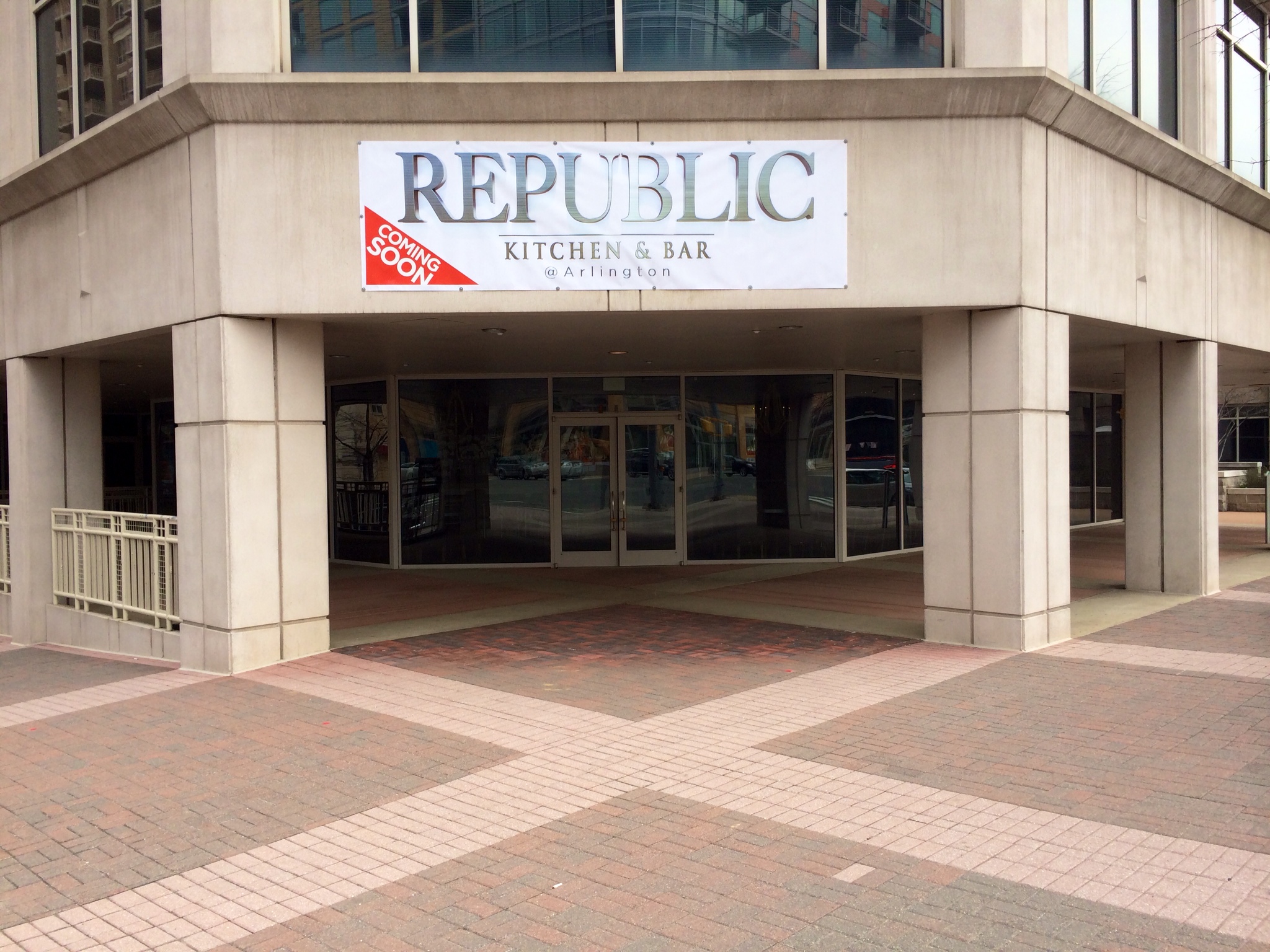 1) Petworth: What used to be Sisys Restaurant is now El Sol Mexican Restaurant. PoPville notes the change at 3911 14th Street, NW; the new place serves up Mexican and Salvadoran dishes, but will keep the former spot's breakfast menu. [POST-PLYWOOD]

2) Ballston: Signage is up for the new Republic at Arlington, opening in the former Leek space. Alan Newton's restaurant and bar is expected to specialize in comfort food. [PLYWOOD]

3) Bethesda: Tako Grill is likely going to move from its current location at 7756 Wisconsin Ave. No lease yet, but Robert Dyer writes they'll likely move within Bethesda or to White Flint. [PRE-PLYWOOD]

4) Adams Morgan: Adams Morgan will get a new gluten-free bakery in Rise. It's headed to 2409 18th Street NW and will open sometime in the summer, according to the 42 Bus. [PLYWOOD]

6) Rockville: La Madeleine will open within the Pike & Rose development in the fall, according to The Washington Business Journal. [PRE-PLYWOOD]

7) 16th Street Heights: The team behind Las Placitas will open another restaurant at the intersection of 14th St. and Decatur St. NW. [PLYWOOD]