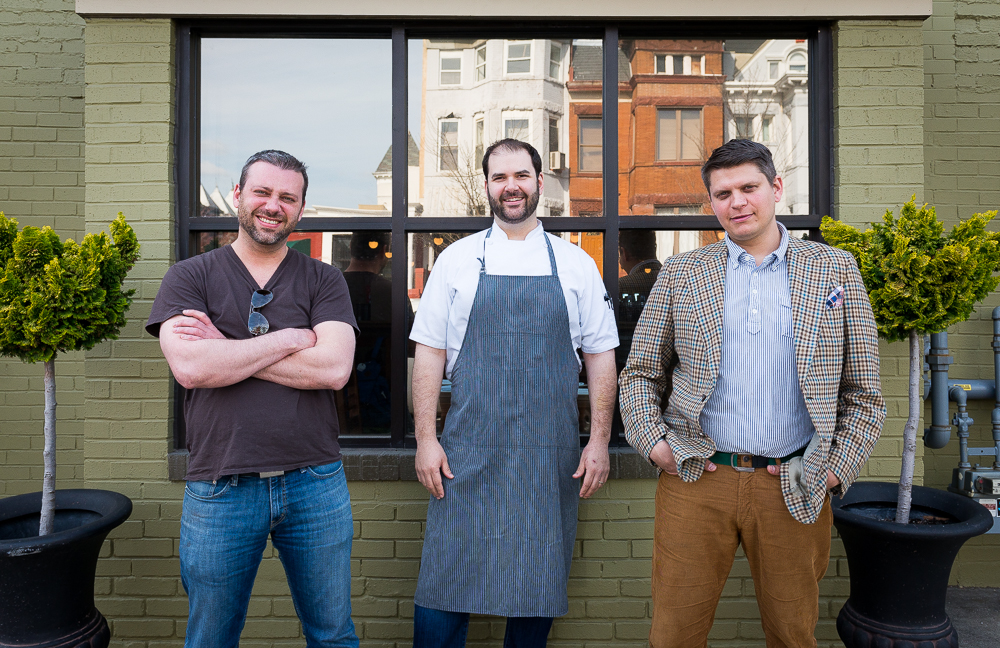 There's no doubting The Red Hen has made the most of the last year. The neighborhood eatery in Bloomingdale is constantly on one list or another that highlights its pasta dishes (it was Eater's 2013 Restaurant of the Year). Just recently, The Washington City Paper recognized mezze rigatoni with fennel sausage ragu as the city's best pasta dish. Chef Michael Friedman and his team have served 8,200 plates of the uber-popular dish since opening.

But the popularity of sweetbreads, tripe and tongue on the menu have also left the restaurant's other owners, general manager Michael O'Malley and sommelier Sebastian Zutant, pleasantly surprised. While these guys enjoy "busting each other's chops", they are more like brothers inside and outside the restaurant. The trio took some time to sit down and talk about Bloomingdale, how the concept came together, and how the menu may become a bit more Sicilian.

But that leaves a lot of possibilities.
MF: Exactly. At the end of the day, if you don't define yourself, someone else will for you. I grew up in an Italian community in New Jersey, and we all love eating Italian food, and that's what it came down to. We wanted to do an Italian-inspired restaurant, but we didn't want to do straight up Italian. So Sebastian and I talked for a while, and then we brought Mike in. Mike's the brains behind the operation. He's the guy that makes it happen.

Red Hen's a neighborhood joint. Who lives in the neighborhood?
MO: I live right around the corner.
MF: I live about 15 minutes away in Takoma Park. And Sebastian lives a few doors down.

Is that why you guys chose Bloomingdale?
MF: We were looking at areas that were up and coming.
MO: We looked at 14th. We looked at 9th. We looked on U.
MF: We almost signed on a place on upper 14th. But Sebastian would keep bringing up this spot. And at the end of the day, it was just too awesome to pass up. We got a look inside, and it had been vacant for more than 30 years. It used to be a laundromat.

Were you on the fence about coming to Bloomingdale?
MF: Not at all. I've been hanging out with Sebastian for years, but your natural inclination is to move outside and see what else is out there. I love Bloomingdale. There's a fear when you open up of not being busy. That was our major fear. And to take the plunge and go into a true, true neighborhood. But we did a lot of research. Sebastian knows a lot of people here and it really made sense to move here at the end of the day.

From the day you opened until now, how has the menu changed?
SZ: We all have ADD. So we're always changing it up and trying new things.
MO: The menu moves seasonally. We find what people respond to and shift into the direction while still really doing what we want to do and what we want to eat and keeping it simple. Mikey [Friedman] is very good at doing well composed, thought out dishes that are still very easy and approachable and not complicated. Even something like our rigatoni. It's been on the menu since day one, and it has tomato and fennel sausage. We realized we've sold 8,200 rigatoni since we opened. People respond to the simple things.

Can Bloomingdale support another Red Hen-like restaurant?
MO: We're seeing some neighborhood joints opening up. There's some stuff coming along North Capitol, and people are revitalizing that part of the neighborhood. The nice thing about Bloomingdale, especially around here, the only commercial strip you have is this little part of First Street, so it can't really expand beyond what it is. 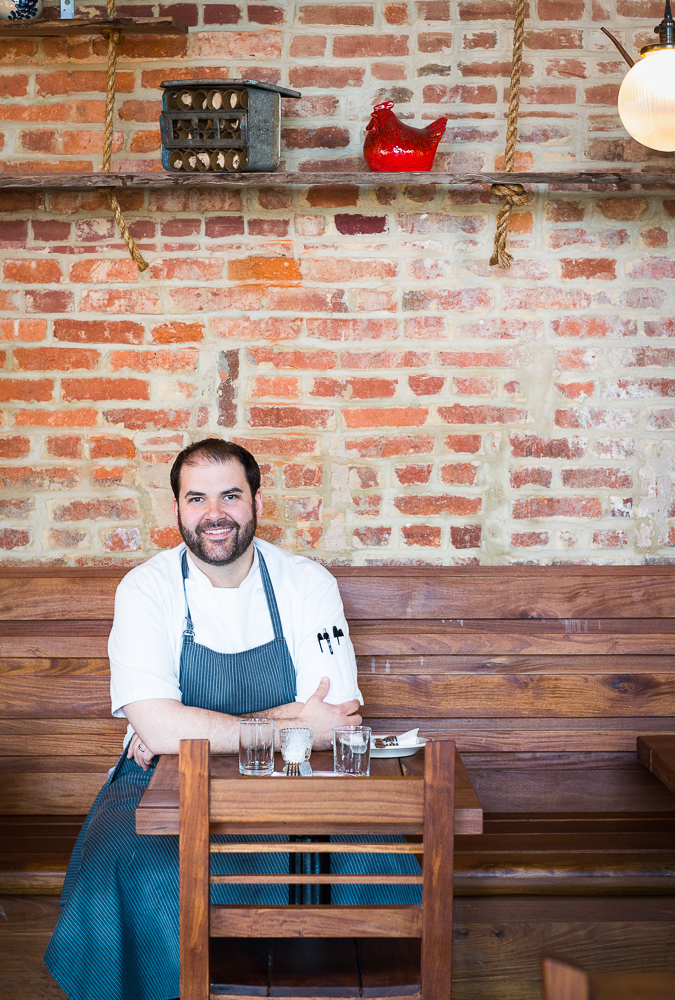 What were some of the biggest surprises over the course of the year?
MO: We were moving into a neighborhood that hadn't supported a restaurant like this before. We didn't know if anyone was going to come.
MF: Yeah, would we get repeat business? Would we get the destination diners? We didn't know.
MO: People from Maryland and Virginia drive to eat here. And we got such a great response from the people that live in the neighborhood. Walking in and eating at the bar. The reception of Sebastian's wine list. It has a lot of orange wines and other wines people aren't familiar with. People come in and put themselves in his hands. Pick me wine that I like. We had the freedom to teach people about wine.
SZ: Which has been a lot of fun. In the grand scheme of things, I find that 95 percent of the time, diners are willing to go with me. It's the same with the food. There's some challenging things on the menu.
MF: We sold a lot of offal.
MO: We had sweetbreads on the menu and our supplier couldn't even keep up with the amount of sweetbreads we were selling.
SZ: Same with the beef tongue. It was like we had seven cows out back just shaving off some tongue.
MF: Yeah, people embraced the offals. We sold lots of tongue, liver, tripe and sweetbreads. We did headcheese here, and that sold really, really well.

What's the plan for the second year?
MF: Be better than the first one.

What would make it better than the first year?
MF: We don't know yet.
SZ: I think a lot of it has to do with getting our feet underneath us. It's all of our first ventures and it's been haywire since day one. And it's gotten more and more so. We are at the point where we're comfortable with the amount of business we're doing. And we're allowed to step back and see what we can improve on. I'm doing a huge portion of the revamp of the wine program. I mean, in the spring and summer, he [Friedman] will be doing a lot of events.
MO: Our turnover has been practically zero. We still have most of our opening staff here. From day one, we've lost practically no one.
SZ: Both the kitchen and the front of the house.
MO: Also, teaching the staff on the new wines and dishes. Providing great customer service and hospitality. And keeping that great neighborhood relaxed, casual environment while still staying on top of the product knowledge. Just tightening things up.
SZ: I don't really think we plan to change too much. Because we're doing something right. So we plan to continue doing that as well as we possibly can.

Anything special diners should be looking for on the wine list and the menu?
SZ: I just got this really interesting wine from Spain. It's from the highest elevation winery — I think — anywhere in Europe. So there's some funky stuff coming around. A lot more Sicilian wines will make an appearance.
MF: Yeah, that will be reflected on the menu. We'll be making it more southern Italian as the season gets warmer.

Are there any side ventures you guys are doing?
SZ: A friend of mine just bought a vineyard in the Shenadoahs, so I'm hoping to make some wine with him.
MO: This place keeps me busy enough as it is.
MF: I just became a father. So I've got my hands full.
· D.C.'s Best Pasta Dish [WCP]
· All Previous Editions of One Year In [-EDC-]
· All Previous Red Hen Coverage [-EDC-]