The Area's Most Expensive Homes; Songs About D.C.

Share All sharing options for: The Area's Most Expensive Homes; Songs About D.C. 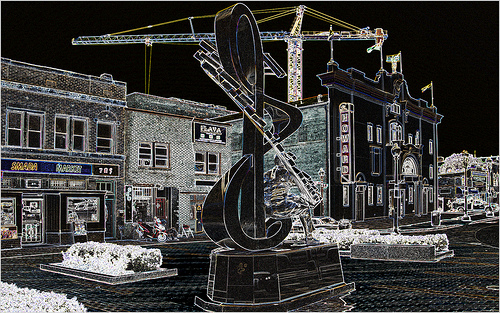 CURBED MAPS — The ten most expensive homes in the D.C. metro area right now include riding rings, tennis courts and impressive views. Now you can see where they're located.

FORT TOTTEN — These renderings for the Fort Totten Wal-Mart and its attached residences are shockingly attractive.

TIDAL BASIN — Missed the Cherry Blossoms? Here's what we observed at the Tidal Basin over the weekend.

MUSEUM WIRE — Can't make it to the Portrait Gallery? Take this virtual tour right from your desk.

NOMA — NoMa is holding a design contest in the hopes of turning their underpasses into public art. Where else would you like to see more public art? Vote for one of these three neighborhoods.

KENNEDY STREET — It's not Brightwood and it's not Petworth, so the debate rages on on what to call the neighborhood around Kennedy Street.

COOL MAP THING — These heatmaps shine a light on D.C.'s taste in music.