Share All sharing options for: Are Shake Shack's New Fries Better or Worse?

These are not the great philosophical queries of our time. But they can draw strong stances from food lovers. Welcome back to (Un)necessary Questions. 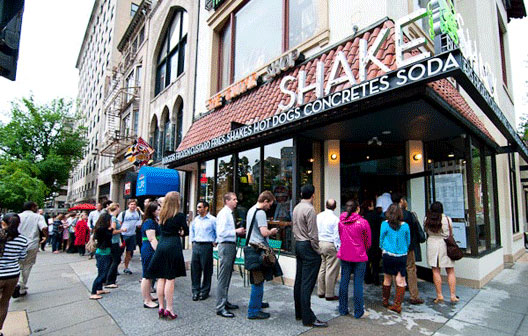 Shake Shack launched its new, fresh-cut fries in the D.C. market early last week. It's a shift for the company from the frozen, crinkle-cut style they formerly carried. Both local locations have the new fries, but the Nationals Ballpark Shake Shack won't introduce them until next season.

Local reactions have ranged from anticipation ("So excited to try @shakeshack #DC's #new#freshcutfries!" Tweets @zis4zevin) to dismay ("I HATE your new fries. The old crinkle cut ones were the only reason I chose you over #fiveguys in DC whyyyyyyyyyyyyy?" asks @MegMarie6). Now it's your turn to weigh in. "Are Shake Shack's New Fries Better or Worse?" Vote in the poll.