Bike From Home Stops; Year In Cyclist Vs. Motorist Wars

Share All sharing options for: Bike From Home Stops; Year In Cyclist Vs. Motorist Wars 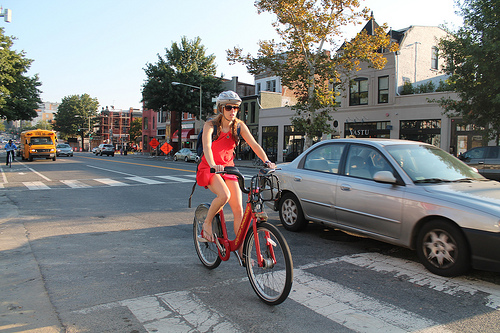 CURBED MAPS — Bike To Work Day was a bit of a wash, but these stops will be open during the commute home.

ON THE RENTAL MARKET — Now that several college students have vacated D.C. for the summer, these rentals near the city's universities have popped up on Craigslist.

CURBED INTERVIEWS — Curbed talks to Coldwell Banker agent Jeanne Harrison about her reputation as realtor on a bike.

CAPITOL HILL — What are the ten priciest properties on Capitol Hill? Have a look.

WEST END — Yes, there will be a squash facility in West End called Squash on Fire.

COOL APP THING — What do your modern photos look like when superimposed with classic old photography? Have a look.

BETHESDA — This home may have been a stop on the Underground Railroad.