Where International World Cup Fans Might Be Found; More! 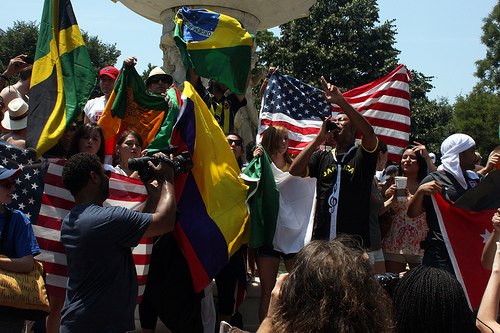 WORLD CUP WIRE — The World Cup has begun and here are the neighborhoods where we suspect to see pockets of international support.

TRUXTON CIRCLE — The aftermath of a wall collapse that temporarily closed down lanes on New York Avenue.

OLYMPIC AMBITIONS — Surprisingly, D.C.'s bid for the 2024 Olympics is still under consideration. Vote on whether you even want the Olympics here.

MARYLAND — John Alagia, who has produced records for the likes of John Mayer and Ben Folds is selling his home in Easton.

NAVY YARD — Metro has chosen developers for the current site of a chiller plant.

ATLAS DISTRICT — The H Street Whole Foods will see condos come to the building next door.

PETWORTH — We've mapped out the ten cheapest places on the market in Petworth.

At D.C.’s New Salazar, Chug Tequila in a Frozen Glass Then Chuck It at a Bell