Inside The BIG Maze; D.C. Cab Horror Stories and More

Share All sharing options for: Inside The BIG Maze; D.C. Cab Horror Stories and More 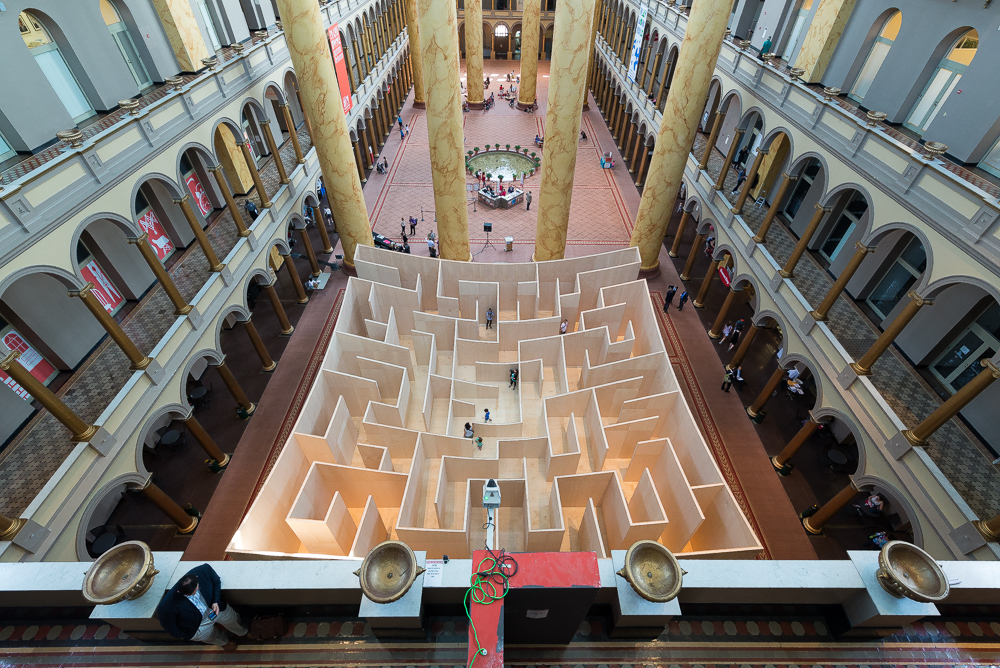 [Photo by R. Lopez for Curbed]

MUSEUM WIRE — The BIG Maze opened at the National Building Museum over the weekend. We talked to its architect, Bjarke Ingels and watched a time lapse video of its construction.

WATERFRONT — It can still be inexpensive to live in Southwest D.C. Here's a map of the ten cheapest properties.

MT VERNON SQUARE — Here's your sneak peek inside the fitness center at the offices of CityCenter DC complete with surprisingly welcoming locker rooms.

U STREET — Architect Jeff Speck, the author of Walkable City has listed his geometric stunner on Florida Avenue.

VAN NESS — In a new low for pop-ups, read about the one that prompted a lawsuit.