Welcome to Plywood Report, where we fill you in on what's coming up in food. See anything happening in your neighborhood? Send a note to the tipline. 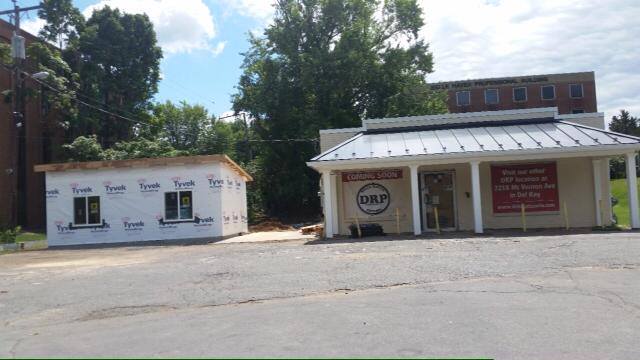 1) H Street: Get ready for "contemporary redneck" cuisine on H Street NE. Young & Hungry talks to the managing partner behind Kitty's Saloon, which will open in a week and a half. [PLYWOOD]

2) Capitol Riverfront: A new restaurant from the owners of Adams Morgan's Southern Hospitality is headed to the Capitol Riverfront, Young & Hungry reports. Scarlet Oak is slated to open in early 2015 at 909 New Jersey Avenue SE, and the menu will include Southern Hospitality favorites like chicken and waffles, as well as new dishes like pizza and flatbread. [PLYWOOD]

3) Brookland: A new healthy fast-casual concept is opening this fall, and they're looking for employees. According to the job ad, Hälsa will serve breakfast, lunch, and dinner made from local ingredients six days a week. The plan is to open in mid-October. [PLYWOOD]

4) Springfield: Classic greasy spoon Bob & Edith's Diner will open a new location at Springfield Plaza, hopefully by December (thanks to the tipline for letting Eater know). According to a Bob & Edith's employee, the Springfield location will have the same menu as the Arlington original, but the space will be a little bit bigger. [PLYWOOD]

5) Bethesda: Delays are slowing down the opening of Helen's The Bar, which is currently under construction in the former Addie's building on Rockville pike. Bethesda Magazine reports that caterer Helen Wasserman now plans to open her restaurant early next year. [PLYWOOD]

6) Alexandria: Signage is up for a new outpost of Del Ray Pizzeria in Belle Haven in the former location of Pat's Market at 1401 Belle Haven Road (an Eater tipster gave the heads up). [PLYWOOD]