Fresh New Happy Hours to Try This Fall in D.C.

Where to Find Standout Sushi Around D.C.

The Hottest New Brunches to Try Around D.C.

Share All sharing options for: Eater's Guide to the Neighborhood Restaurant Group

Share All sharing options for: Eater's Guide to the Neighborhood Restaurant Group

The Neighborhood Restaurant Group is already a sprawling restaurant group with locations dotting Alexandria and Arlington, plus Birch & Barley and ChurchKey stacked together on DC's ever-growing 14th Street. But the year ahead is shaping up to be a big one, from a forthcoming craft brewery and accompanying restaurant out at The Yards to the Red Apron Butchery's first brick-and-mortar locations. Plus, owner Michael Babin has hinted in interviews lately about a possible pop-up space at their new patio next door to Planet Wine, and another restaurant that could possibly turn up in Dupont Circle.

Sound like too much for keeping track? Well, here's a guide to all of NRG's forthcoming projects — including up-to-date projected opening dates — plus a map of existing concepts. 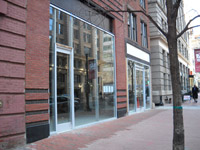 Red Apron — D Street
709 D Street NW
Yes, Red Apron Butchery is opening its first brick-and-mortar shop here in Penn Quarter, bringing the very products that have previously been available at local farmers' markets or for pickup at Planet Wine. Per a release, they will have "raw cuts, roasts, traditional and original salumi, pates and rillettes, smoked meats, sausages and hot dogs, prepared foods, and provisions such as sauces and stocks." Plus a lunch menu.
Projected Opening: Fall 2012.

Red Apron — Merrifield
8223 Lee Highway, Fairfax, VA
Red Apron is also opening a location out in Merrifield at the Mosaic District development — which is full of all other kinds of local retail from Taylor Gourmet to an upcoming project from restaurateur Jeff Black. Of course, look for all the usual Red Apron signature items and charcuterie.
Projected Opening: Fall 2012.

Bluejacket Brewery
300 Tingey Street SE
Construction is already underway over near Nationals Park for the Neighborhood Restaurant Group's own craft brewery named Bluejacket. The brewmaster will be former Cambridge Brewing Company lead brewer Megan Parisi and the buzzword leading into this project is "innovation." There's going to be a full-scale production brewery and a tasting room.
Projected Opening: Early 2013

Unnamed Restaurant at Bluejacket
300 Tingey Street SE
There's less information out there about the 200-seat restaurant that's going to accompany Bluejacket out at The Yards, but it will be overseen by Birch & Barley's Kyle Bailey. Also, they're going to have a large outdoor patio and a pantry shared with the brewers filled with local herbs and spices.
Projected Opening: Early 2013 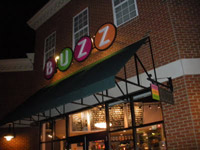 Buzz Bakery - The Yards
300 Tingey Street SE
Buzz Bakery is opening a third outpost near the brewery and restaurant out at The Yards. Just like its counterparts in Alexandria and Ballston, this Buzz outpost will have NRG pastry chef Tiffany MacIsaac's cakes, pies, cookies and other baked goods.
Projected Opening: Early 2013.
[Photo]

Pop-Up Space
2006 Mount Vernon Avenue, Alexandria, VA
Now that NRG owns the patio next door to Planet Wine, they're looking into obtaining permits to host pop-ups. Should the permits go through, there are all kinds of possibilities: goods from Red Apron, and various NRG chefs taking a spin at pet projects. So maybe BBQ or Tex-Mex from the group's chefs who love the cuisine and never get to make it in their restaurants.
Projected Opening: Depending upon when permits go through, it could happen soon.

Commissary
550 Penn Street NE
The Commissary will be a production space for Red Apron and Buzz Bakery, where the restaurant group will be making the charcuterie and all the rest of the magic happen. Located near the Union Market.
Projected Opening: The Commissary is under construction right now and should be completed before the two Red Apron locations open in the fall — indeed, it would be an important component in terms of getting those two locations open.

Unnamed Dupont Circle Restaurant
Unknown Address
Babin has talked to the Post about a restaurant he's hoping to open in Dupont Circle which would serve breakfast but would not be focused on breakfast. A rep says that the restaurant group is looking at a specific space in the neighborhood, but is exploring other neighborhoods as well just in case it falls through. There are zero other details on the restaurant that they're willing to share at this time.
Projected Opening: Pretty hard to say until a lease is signed.

Read More
Note: Restaurants on this map are listed geographically.